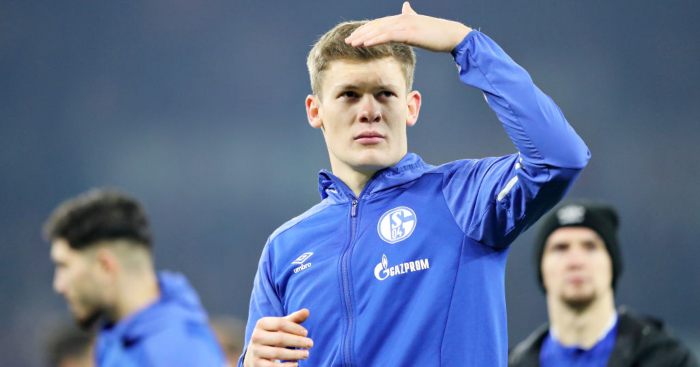 Nubel was made captain at the start of this season after a number of impressive performances in the second half of the last campaign that cemented him as the club’s number one.

The 23-year-old has made 14 appearances in all competitions for Schalke this term to help his side to fifth in the Bundesliga standings, with the German side only conceding 15 goals in 12 matches.

Nubel is in the last year of his contract at the club and is yet to sign a new deal, meaning the likes of Tottenham have been watching him.

“One little whisper that came my way on Spurs in the last few days is that they are keeping an eye on Alexander Nubel,” Hatchard told talkSPORT.

“He is the captain of Schalke and a goalkeeper in his early 20s. He is a very good goalkeeper with a [Manuel] Neuer vibe about him.

“He’s good with his feet, commanding, and he’s got a bit of arrogance about him which I don’t think is a terrible thing.

“He is out of contract at the end of the season and hasn’t signed a new one yet.

“He was linked very strongly with Bayern, but the problem is Neuer is still there. So is he going to go to Bayern and sit on the bench? I don’t think he is.

“Spurs were linked with him in the summer and my understanding is they are keeping an eye on what is going on in that situation.”