Home All The News ‘Big six’ board member: ‘Wider good of the game is secondary concern’ 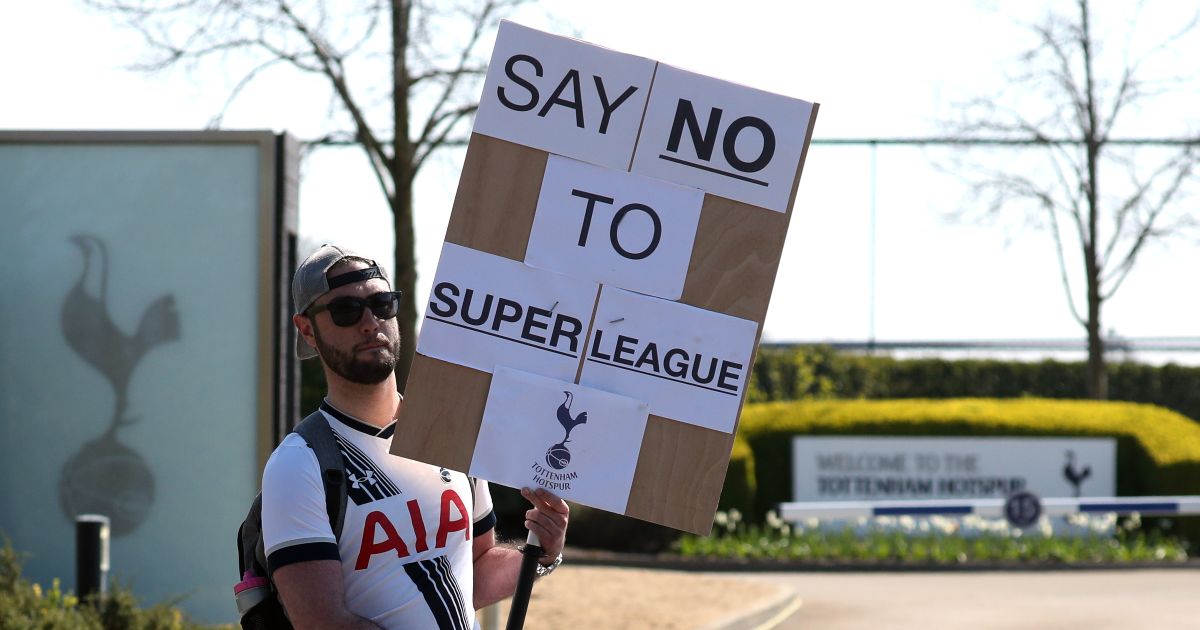 An unnamed board member of one of the ‘Big Six’ clubs looking to compete in the European Super League admits that ‘the wider good of the game is a secondary concern’ to them.

A dozen of the biggest clubs in Europe announced multi-billion dollar plans for a breakaway league on Sunday as football was thrown into a frenzy.

Clubs involved in the Super League – which is due to have a total of 20 competing sides – are expected to receive a welcome bonus of more than 200million euros and organisers have also already started discussions with potential broadcasters.

There has been swift condemnation from all corners of football as well as the British government and beyond, as the governing bodies of football look to kill their plans.

Speaking today, Sky Sports reporter Kaveh Solhekol claimed that he had spoken to a board member of one of the clubs, who admitted that they were putting money before anything else.

“We’ve also been told that the owners were fully expecting a backlash. They knew that their plans were going to be opposed, and opposed vociferously. But we are being told that to be honest they aren’t that worried about bad PR at the moment.

“And we are being told also in general the owners view is this and this is a quote from a board member of one of the six clubs: ‘our primary job is to maximise our revenues and profits. The wider good of the game is a secondary concern.’

“So there we have it from the mouth of a board member from one of the six clubs. What they are interested in is profit and revenue. The wider good of the game a secondary concern.”

The arrogance is just astounding pic.twitter.com/CZkConfvYa

Board member at one of English clubs joining Super League: “This isn’t a civil war, it’s a nuclear war. To be honest though the owners are not that worried about bad PR, they were expecting it. Their job is to maximise profits. The wider good of the game is a secondary concern”