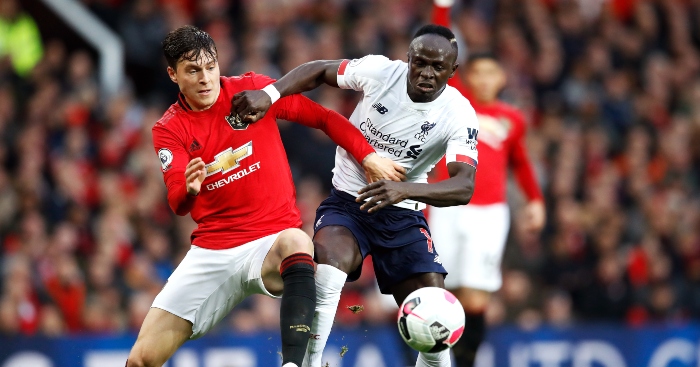 Another day, another rank plan to reorganise football in favour of the wealthy during a killer pandemic, the rich rolling over the rest like an 18-wheeler on a flyaway ball from the corner shop.

This time it was the Euro Super League or ‘Euro Premier League’, threatened for so long now that it doesn’t carry any more threat. Luis Figo, the Portuguese, not unused to the corporate circuit, called a spade a spade regarding rich clubs digging a deeper hole.

What I read about this Super League idea will destroy football as we know it. It’s all about greed and keeping the game for a few elite clubs, while killing the other clubs and leagues that fans love. Football should unite! Everyone should oppose it! https://t.co/98VC6xd2qX

Except that’s what the game is already about, with the competitive balance of leagues across Europe and beyond long since ruined. A complete takeover of global football by corporate interests followed the Premier League blueprint of 1992.

You’ll find disgust at a European Super League from normal fans, but not fear. Thousands would be at the airport (metaphorically or in person, post-covid) to wave England’s Big Six off to join their fellow soul death squads in an empty tournament.

The people that fear a breakaway Euro Super League most are actually the rich conspiring clubs themselves. They know there’s a huge chance that people would quickly lose interest in a trans-continental tournament of marketing products and that they amount to little without basking in the stolen glory of the also-ran clubs. The Fyre Festival of the football world with similar idiots attracted.

These not-so-super clubs have become brands rather than sporting clubs of participation, swamped with faceless fans from who knows where, milling around club shops like electronics fanatics in the Apple store.

They know that their brands are nothing unique, fairly simply replicated and if they defected to a Euro Super League, there are plenty of clubs ready to take their place. If you kill big pike it leads to various smaller fish growing bigger.

That’s why, whenever these plans are leaked, there is never really a clean breakaway threatened; the rich clubs are clever enough to try and keep themselves tethered to domestic leagues for authenticity and safety.

‘According to people close to the latest plans, the European Premier League would not be a breakaway in the sense of ending clubs’ involvement in their domestic leagues,’ said the Sky News report. Of course it did.

But it’s time for them to go now, those clubs machinating over the Euro Premier League or an expanded Champions League (two cheeks of the same arse) and the rest damned by their silence.

They never stopped to think about anyone else when they were building monster stadia that dwarfed everyone else, they never cared when they were corralling all the talent and the lion’s share of the TV money and constantly trying to maintain positions of perpetual, dull dominance.

Instead, during a period of extreme global trauma, they saw an opportunity to forward fearsome plans hoping they’d be hidden in a global health maelstrom. But we can see these people who have ruined the sport and trampled over the idea of a fair fight. These corporate goalhangers who think they are entitled to win every game.

Let them have their 18-team Euro League but that’s the last thing they’ll have. Just 18 teams wielding so much power over a sport of millions in Europe.

Of course, the old-school fans of the rich clubs don’t deserve what’s coming to them but then again, they never did enough to stop it, turning a blind eye, by and large, to football’s inequality so long as the next signing or trophy was there to distract. It’s too late for them now anyway, their clubs are too far gone. A closed shop should mean exactly that, the door closed on these graspers for good. Good riddance.