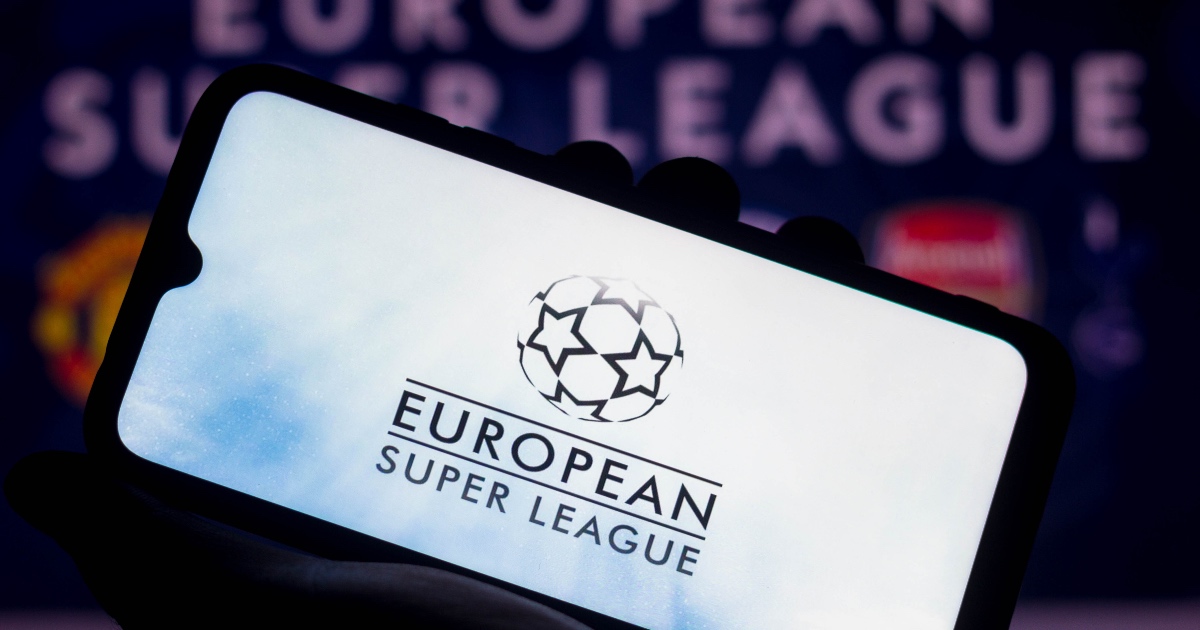 Think the European Super League is dead? Think again because Barcelona, Real Madrid and Juve have a plan.

The end of April already feels like a very long time ago. In the blink of an eye, the European Super League flashed before us like a near-death experience before eviscerating in front of our very eyes. In England, loud and angry protests pushed the six subscribed clubs into a swift and embarrassing volte-face, but in Italy and Spain its embers have continued to glow, with little sign that Real Madrid, Barcelona and Juventus are going to give up on a revival.

The news that these three clubs have now hired a PR company to clean up the image of the proposed competition into ‘a sellable product’ should not come as a surprise, since all three clubs have given no indication on giving up on their project over the summer. All three have long been showing signs of financial distress. Juventus have been trying to balance their books for many months, with the sale of Cristiano Ronaldo for a relatively low price to Manchester United being a huge relief to their wage budget, if nothing else. One point from their first two Serie A matches of the season against Atalanta and Empoli offers a hint at how difficult their season might yet turn out to be.

In Spain, meanwhile, the behaviour of Barcelona and Real Madrid has resembled nothing so much as that of two clubs in the midst of a kind of breakdown. At Barcelona, a fire sale has been in full effect this summer, with the deadline day loss of Antoine Griezmann to Atletico Madrid seeing the latest big name depart for more financially stable climes. Just three weeks ago, head coach Ronald Koeman was claiming that Griezmann would be stepping into Messi’s shoes, but this already feels like a long time ago. Griezmann and Lionel Messi have been replaced by Luuk De Jong and Memphis Depay.

In Madrid, meanwhile, transfer deadline day pushed the Kylian Mbappe saga to its limit. Real offered £197m for the PSG forward, despite the fact that he’s out of contract in a year and has already made it clear that he won’t be signing a new contract in Paris. Mbappe could sign a pre-contract with Real in just four months’ time, but the atmosphere in Madrid on Tuesday night was funereal regardless. Social media was alight with footage of the Spanish show El Chiringuito’s histrionic reaction to the clock counting down to the closing of the transfer window, all of which hinted at a club culture that has completely lost sight of the value of money.

Real Madrid’s gross debt currently stands at around £771m. Projected future revenues would have made Mbappe’s signature just about affordable, but psychoanalysts would have a field day reviewing the behaviour of a club that is prepared to increase its liabilities by this much and at this time, when they already knew that they could pick him up on a free contract next summer.

In England, the aim of the clubs involved seems to have been to throw money around as a distraction, and it seems to have worked. The combined net spend of the big six clubs over the summer transfer window was £377.4m, a figure which would have been substantially higher had Chelsea not balanced their books with more than £100m worth of sales while spending £97.5m on Romelu Lukaku.

Elsewhere, the positive attention and stock market approval given to the arrival of Cristiano Ronaldo has provided a handy shield from criticism for the Glazers, while Daniel Levy may or may not have revived his reputation at Spurs by not selling Harry Kane to Manchester City, and Arsenal spent more than any other club in Europe this summer.

UEFA, meanwhile, plough on regardless. In May, president Aleksander Ceferin told L’Equipe that, “I don’t think anything similar will be proposed for at least 10 years”, a level of optimism that borders on naive. But can UEFA be trusted any more than the biggest clubs? After all, their plans to change the format of the Champions League included an expanded 36-team ‘Swiss-style system’ and two of the four new positions created being reserved for ‘clubs with the highest club coefficient over the last five years’ that have not actually qualified.

UEFA is under pressure of its own, especially with FIFA’s apparent determination to run (ruin?) the World Cup every two years. They need the biggest clubs as much as the biggest clubs need them, and the lack of meaningful punishment for the ESL clubs over this attempted land grab hints at a desire to accommodate them which the clubs will likely seek to exploit to the maximum.

There certainly remains little sign that anybody in a position to do so is interested in reducing levels of inequality within clubs. Does Ceferin still believe that the ESL is dead in the water, or were his earlier comments mere hubris at the end of a PR battle that he comprehensively won? Why should anybody trust them any more than we’d trust the biggest clubs?

With the colossal distraction that is the transfer window now closed, the future direction of European club football remains as unclear as ever, despite the certainty of everybody at its heart that it’ll end up being what they want it to be. The clubs that led the breakaway seem to believe that bad PR was the biggest reason they couldn’t push it through before, and they certainly don’t seem to have learned any contrition over the intervening four months. The presentation document prepared by the PR company they’ve hired is, after all, called ‘Paving the way to the Super League; strategies for reconstruction, the restart and the triumph’.

The European Club Association meets next week, but Real Madrid, Barcelona and Juventus will all be absent. The other nine clubs involved in the ESL – the six English clubs plus Milan, Internazionale and Atletico Madrid – all rejoined the ECA last month so, for all their bluster, these last three holdouts still look as isolated with their grand scheme as they have all summer.

For all of this, though, their bluster will continue, and the question of whether UEFA, who offered no sporting punishment to these clubs for their open act of mutiny, are capable of bringing all concerned back together and acting as a bulwark against ever-escalating greed, remains reasonable. It seems unlikely that better PR alone will turn the tide, but the European Super League hasn’t gone anywhere just yet.