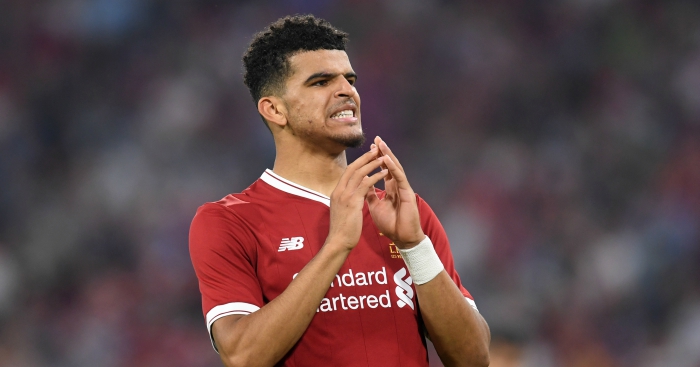 Bournemouth are the only club actually doing anything in this transfer window. Which means they have done an awful lot of spending since their promotion from the Championship in 2015. More spending than most of Europe, as it happens…

All the numbers are from transfermarkt, so there may be discrepancies in currency conversion, but the message remains the same: The Cherries’ success is no fairytale…

12) Liverpool. Net spend: £142m
There’s a reason why Liverpool have been tipped to break world records for profits; they have spent shedloads of money but have simultaneously eked out maximum cash for the want-aways and the unwanted. Receiving over £35m from Bournemouth for Brad Smith, Jordon Ibe and Dominic Solanke is almost as impressive as persuading Barcelona to part with over £100m for Philippe Coutinho. It’s like some kind of sorcery.

11) Bournemouth. Net spend: £151m
They have quietly spent rather a lot of dosh since their promotion, handing over their tenth £10m-plus fee to Brentford for Chris Mepham this week. It all adds up. The problem for Bournemouth is that they’re simply not recouping any money from sales; their only sizeable profit was made by the transfer of Matt Ritchie to Newcastle. So that lack of outgoing movement gives them a net spend far beyond that of mid-table rivals West Ham, Brighton, Leicester and Watford. And marginally more than Liverpool.

10) Inter Milan. Net spend: £159m
Their transfer record has stood for nearly 20 years but the sheer volume of players moving in and out of the club boosts their totals. They have spent pretty much the same money as AC Milan over the last four years but have pulled in £20m-plus for Mateo Kovacic and Geoffrey Kondogbia, while selling a whole host of players for £10m or more. If and when they sell Mauro Icardi, they will drop off this list altogether.

9) Arsenal. Net spend: £166m
There’s no money left in the pot and it’s little wonder; they have sold players for around 40% of Liverpool’s transfer income over the last four years. In this spell, they have lost Serge Gnabry, Jack Wilshere and Wojciech Szczesny for pennies (with Aaron Ramsey to follow), with a brief respite to get decent money for Alex Oxlade-Chamberlain, Theo Walcott and Olivier Giroud. Meanwhile, six players have arrived for £20m or more and not a single one of those players is worth considerably more than Arsenal spent on them. When you’re not playing Champions League football, those figures are unsustainable in the long-term.

Chelsea make £113 million profit on players sales, Arsenal in comparison just about make a profit, says a lot about the way our club was being run before the departures of Gazidis and Wenger. Sadly It's going to be a long road back. pic.twitter.com/RuEHMtttlp

8) Everton. Net spend: £189m
The danger of lurching from manager to manager and philosophy to philosophy is laid bare by Everton actually spending more than Arsenal (and oodles more than Tottenham) over four years of under-achievement. Ten players have arrived for over £20m in four years; four of them started the Toffees’ last game against Southampton, three were on the bench, two are unlikely to play for the club ever again and one has already left – for around half the price. What a sh*tshow.

7) Barcelona. Net spend: £194m
Only five clubs across Europe have received more transfer income than selling club Barcelona over the last four years; that’s the Neymar effect. They have spent considerable amounts too – over £100m each on Philippe Coutinho and Ousmane Dembele – but this season, belts have been tightened and the loan signing of Kevin-Prince Boateng is indicative of a new era for the club. They have actually made a transfer profit this season for the first time since 2005/06; they won the title that year too.

6) Chelsea. Net spend: £205m
No English club sells players quite like Chelsea, who have actually spent more on transfers since 2015 than Manchester United but sold players for roughly twice as much. Sizeable profits were made on Ramires, Oscar, Diego Costa, Nemanja Matic and Thibaut Courtois, which almost makes you forgive the massive sums spent on Alvaro Morata, Tiemoue Bakayoko, Danny Drinkwater, Davide Zappacosta, Emerson, Michy Batshuayi and Baba Rahman. Poor Maurizio Sarri paid the price for all that waste this summer when they did not back him on Gonzalo Higuain.

Chelsea business model is far more reliant on player sales than any other major English club. In the last 5 years, they made a hefty £337m from this activity with only Tottenham anywhere near them (£192m in 4 years). For more context, Manchester City and… https://t.co/3S4xwCnMDY pic.twitter.com/D0kS75f8L2

5) Juventus. Net spend: £229m
Only Monaco and Borussia Dortmund have sold players for more money since 2015 than Juventus, with five players leaving the club for over £20m in a spell which has seen them dominate Italian football. Money has of course been spent – most notably on Ronaldo but also on Paulo Dybala and Gonzalo Higuain – but their model is close to that of Chelsea. Big money is spent. Big money is recouped. If they can add the Champions League trophy, this will be an extraordinary success story.

4) AC Milan. Net spend: £275m
Even Arsenal are better at recouping money from sales than AC Milan, whose horrendous mismanagement means they have bought badly and sold worse. They spent around £170m at the start of last season on around £50m of players, and have taken sizeable hits on the likes of Carlos Bacca. Spending around £16m to have Gonzalo Higuain for five pretty shoddy months is just about par for the course for a club that has not even played Champions League football in that four-year spell. And they are about to spend more…

AC Milan sending Gonzalo Higuain back to Juventus so he can join Chelsea, and instead signing Krzysztof Piatek from Genoa for deal just over £30million 🤔Anyone else wondering why Chelsea didn't just go for Piatek?

3) Paris Saint-Germain. Net spend: £335m
Bizarrely, PSG have actually spent less than Chelsea over the last four years despite doling out massive money for both Neymar and Kylian Mbappe. What they haven’t managed to do is sell for big numbers, though profits on Goncalo Guedes, Yuri Berchiche and Serge Aurier suggest they are getting better at this ‘running a business’ lark. And then you remember that Adrien Rabiot will be leaving for free this summer and they have bid little more than £20m for Idrissa Gueye this January and you realise that yes, they’re rubbish at this lark.

2) Manchester United. Net spend: £353m
Wow. That is quite some era of underachievement. To only receive £20m or more for two players – Morgan Schneiderlin and Angel di Maria – in four years is almost miraculous. Meanwhile, they have taken big hits on Shinji Kagawa, Di Maria himself, Nani, Robin van Persie and Memphis Depay and bought a grand total of ten players for £20m or more. Of those ten players, four started their last win over Brighton, two were on the bench, one cannot even make the bench and three have been sold. It’s like Everton but with double the money.

1) Manchester City. Net spend: £496m
Now that is a lot of money. Despite only having a record transfer of £60m, City have outspent every other European club over the last four years because they have bought a massive 14 players for over £20m. The difference between them and United is that they are actually playing those expensive footballers. Nine of those 14 started against Huddersfield on Sunday while another three were on the bench. Like United, they have struggled to sell for big money – only two players have gone for over £20m in four years – but unlike United, they do have six or seven players they could sell now for a big profit. Not that they need to…