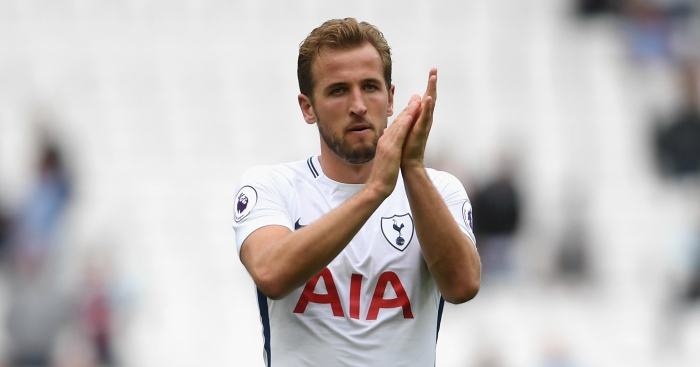 Ciro Immobile (Lazio): 20 goals (in 23 games)
Now that’s what we call a £7m bargain. For the price of an Ashley Fletcher, Lazio got a striker who has so far scored 20 Serie A goals in 2017, including a hat-trick against AC Milan two weeks ago. A goal every 99 minutes against Serie A defenders? Only two players have fared better.

Jonas (Benfica): 20 goals (in 22 games)
Another 33-year-old Brazilian but this one was signed for absolutely zilch back in 2014. His record is phenomenal: 72 goals in 86 Portuguese league games. He has already scored seven goals in six games this season. Not bad for a No. 10.

Romelu Lukaku (Everton and Manchester United): 21 goals (in 25 games)
Not bad for a striker who lacks intelligence and is ‘wasteful’. He has the worst minutes-per-goal ratio of any player on this list (a goal every 107 minutes) but he was playing for Everton for much of 2017 and ended last season with just one goal in his last five games.

Edin Dzeko (Roma): 21 goals (in 24 games)
With a record of a goal every 94 minutes of Serie A football this season, Dzeko beats his former Manchester City teammate Sergio Aguero (16 in 24) onto this list. After winning the Capocannoniere last season, the Bosnian has proved that was no fluke with five goals in four games so far this season. Not bad.

Falcao (Monaco): 21 goals (in 23 games)
It turns out that failing in the Premier League does not a bad striker make. In fact, since returning to Monaco after scoring five goals in 41 games for Manchester United and Chelsea, Radamel Falcao has netted a rather silly 41 goals in 52 games for Monaco. He has failed to score in only one Ligue Un game this season.

Dries Mertens (Napoli): 23 goals (in 24 games)
It’s a shame he has reached his peak at the age of 30 and may never now play for one of Europe’s biggest clubs, because the Belgian has been phenomenal in 2017. Freescoring Napoli are now top of Serie A and that’s thanks in large part to six goals in five Serie A games from Mertens. Only Paulo Dybala has started this season at a faster canter.

Pierre-Emerick Aubameyang (Borussia Dortmund): 23 goals (in 23 games)
“The race is on. When Lewy moves ahead, I am used to catching him up,” said the Gabonese striker this week. He started the week one goal behind Robert Lewandowski in the Bundesliga scoring charts this season, but his hat-trick against Borussia Monchengladbach puts him on eight for six from the season, with the Bayern Munich striker now one behind. It’s telling that PSG gave up on signing last season’s Bundesliga top scorer Aubameyang and bought Neymar and Kylian Mbappe instead; neither of those players feature on this list.

Vagner Love (Alanyaspor): 23 goals (in 21 games
He is 33, he cost a few pennies from Monaco in the summer of 2016 and he has scored 20 goals in 2017 for a mid-table Turkish club. Just wow. He is the current holder of the Super Lig Golden Boot, though he may be handing that crown over to Bafetimbi Gomis in May.

Edinson Cavani (PSG): 24 (in 25 games)
If reports are true that PSG are offering Edinson Cavani to Real Madrid then Real Madrid are about to get a ludicrously prolific striker who emerged from the shadow of Zlatan to score an astonishing 49 goals in all competitions for PSG last season. And he already has seven in six this season in Ligue Un. But if your new £198m forward wants him out…

Robert Lewandowski (Bayern Munich): 25 (in 23 games)
Having missed out on the Bundesliga Golden Boot to Aubameyang last season, the Pole has started this season at a sprint; his goal against Schalke this week was his sixth of the season. It’s little wonder that Real Madrid are said to be eyeing him for a Spanish switch. In terms of pure strikers, he is still king.

Harry Kane (Tottenham): 25 (in 23 games)
Ah, here he is. The Premier League Golden Boot holder makes this list despite being unable to score in August. With a goal every 78 minutes in 2017, there can be now be no arguments about whether he is real. Now he just needs to win something.

Bas Dost (Sporting Lisbon): 29 (in 25 games)
The Dutchman kicked on after Christmas 2016 with a ridiculous 25 goals in 19 games for his Portuguese club, making him well worth the £8m they paid Wolfsburg for his services. And to think that he could have joined Southampton instead for roughly half a Sofiane Boufal…

Lionel Messi (Barcelona): 34 (in 26 games)
A La Liga goal every 66 minutes in 2017. Nine goals in just five La Liga games this season. Messi has already beaten his 32-goal total from 2016. And before anybody argues that it’s easy to score in Spain…ask yourself why there are no other La Liga players on this list. No wonder Neymar buggered off.

It’s worth noting, by the way, that Luis Suarez scored the most league goals in 2016 with 37. Earlier this month he was dropped by Barcelona.