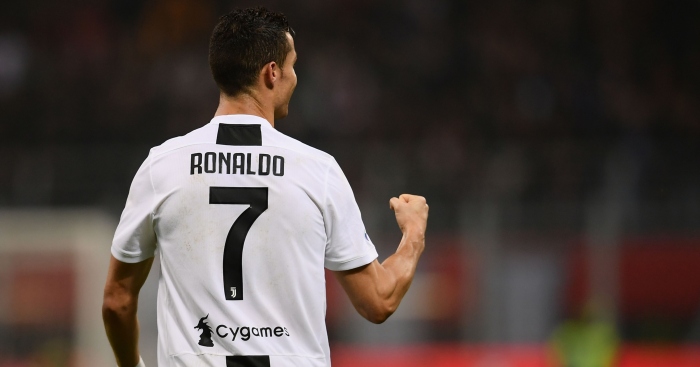 10) Harry Kane – Tottenham (23 goals in 36 games)
He was the king of 2017 but 2018 had started relatively poorly by his lofty standards, largely because Tottenham dived out of the Champions League at the second-round stage. This season, he has somehow scored ten goals in 16 games despite largely looking some way below his best. Which is nothing short of remarkable. And just look at those Champions League numbers…

9) Mbaye Diagne – Kasimpasa (24 goals in 29 games)
A contender for the best free transfer ever? Senegalese striker Diagne joined Kasimpasa in January with the Turkish club in 11th. They are now in an unlikely third place, largely thanks to the ridiculous goalscoring exploits of Diagne, who has scored 12 goals in 12 games already this season. Obviously, Galatasaray are interested but those kind of numbers have attracted interest beyond Turkey; Wolves are said to be interested in a January move as their first-choice striker misses almost all of the chances.

8) Luis Suarez – Barcelona (25 goals in 39 games)
Something of a regression to the mean for Suarez, who ended 2016 in second and 2017 in 20th. His minutes-per-goal record is the worst on this list at a strike every 135 minutes, but he is also the second oldest man among these elite goalscorers as he approaches his 32nd birthday in January. Despite his advancing years, he has started 11 of 12 La Liga games this season and has delivered nine goals, including a hat-trick against Real Madrid in the absence of Lionel Messi. The bizarre thing is that only one of his 25 calendar year goals came in the Champions League. But in the league, he is a machine.

In a league of his own. 👊 pic.twitter.com/WXp0Yav10Y

7) Florian Thauvin – Marseille (25 goals in 38 games)
After six goals in his first six Ligue Un games of the season, Thauvin’s scoring has reverted to rather more normal levels with just one goal in is next six. But he is still the French league’s top scorer in this calendar year, which is some effort considering the ridiculous exploits of PSG. It is slowly becoming less and less relevant that he used to play (badly) for Newcastle, especially as he continues to be selected in a World Cup-winning French squad.

6) Antoine Griezmann – Atletico Madrid (26 goals in 42 games)
Only six goals this season after his World Cup-winning exploits but he scored six goals in eight games as Atletico Madrid triumphed in the Europa League last season, while he also scored seven goals in the space of four days in February. There are no such records being set in 2018/19 but he has scored three goals in four Champions League games to take his club within a squeak of qualifying for the knock-out stages. And we still can’t quite work out if he is any good.

5) Ciro Immobile – Lazio (27 goals in 37 games)
The most underrated of all prolific strikers? There is no chance of him ever featuring in any Best XI but he continues to score a massive number of goals in Serie A, either side of poor spells at Borussia Dortmund and Sevilla. That’s now 76 goals in 104 games for Lazio; they are probably quite happy that he is massive underrated everywhere else. He has not scored a single international goal for over a year. Could he put that right against Portugal on Saturday night?

4) Robert Lewandowski – Bayern Munich (27 goals in 33 games)
Sixth, fifth, sixth and now fourth – Lewandowski has scored goals at the same impressive rate since he joined Bayern Munich. His consistency is awe-inspiring and yet he remains almost entirely unloved outside of Munich. Despite trying and failing to leave Bayern this summer, he continues to deliver at the same astonishing rate; he has scored 15 goals in 16 games in all competitions this season and 11 in 14 in the games that matter. His Bayern total is now a barely believable 166 goals in 211 games.

3) Mohamed Salah – Liverpool (28 goals in 38 games)
The list of teams he has scored against this season – Red Star, West Ham, Brighton, Southampton, Huddersfield, Cardiff and Fulham – tells you everything you need to know about the shift from last season to this for both Liverpool and Salah: he is missing Big Chances but taking enough to punish the minnows. Encouragingly, he is scoring when Jurgen Klopp experiments with a 4-2-3-1 formation that sees him included as the most advanced attacker. The goals they keep a-comin’…just not against the best sides.

2) Lionel Messi – Barcelona (36 goals in 35 games)
Fourteen goals in 12 La Liga and Champions League games. Like you do. When will it ever end? Perhaps it won’t. Perhaps this goes on for eternity. He returned from a short lay-off with a broken arm last week and scored twice against Real Betis – already his fifth brace or better of the season. He has scored a goal every 77 minutes of elite competition this calendar year.

1) Cristiano Ronaldo – Real Madrid/Juventus (37 goals in 37 games)
He is 33. Thirty-bloody-three. And he has scored a goal every 85 minutes in elite competition in 2018. He scored a remarkable 22 goals in his last 13 La Liga games before buggering off to Juventus, where his nine goals in 15 Juventus games almost feels like failure. Except it’s absolutely not because he has claimed eight goals and four assists in his last nine Serie A games. Though he could have had so many more…

Cristiano Ronaldo: Has missed more clear-cut goalscoring opportunities (8) than any other player in Serie A this season