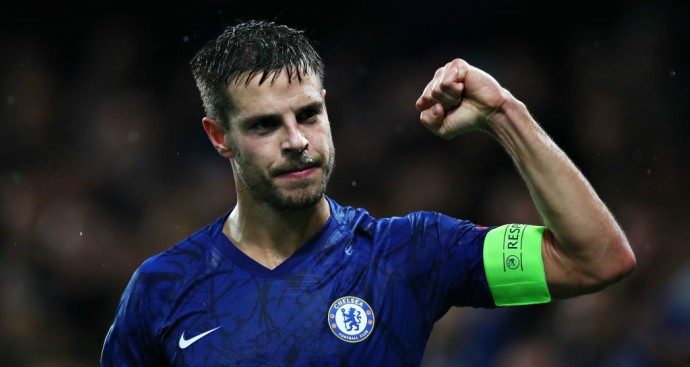 Little more than four years ago, John Cross of the Daily Mirror was urging Liverpool fans to cheer on Manchester United in the Champions League as there was a real fear that England would lose its fourth place trophy; the previous season, Liverpool had dropped out at the group stage and the Premier League’s other three representatives had only cleared one more hurdle.

Two-and-a-half years ago, Neil Ashton was writing in The Sun that the intensity of the Premier League was the reason why English clubs were failing in Europe. He scoffed at champions Leicester City being the last team standing and wrote of a bleak future in which ‘playing at full gas for every minute of every game’ ruled our teams out of continental success.

Fast-forward to December 2019 and Chelsea became the fourth English club to qualify for the Champions League knock-out stages with a largely comfortable stroll over a weakened Lille, after Liverpool had eased past Red Bull Salzburg. It’s the second successive season that the Premier League has enjoyed a full complement in the last 16 and it’s the third successive season that the Premier League has – so far at least – picked up more ranking points than any other country.

2015 brought fear, 2017 brought despair, 2019 brings sustained success and 2021 is likely to see England usurp Spain at the top of the Uefa rankings for the first time since 2012. The two favourites for the Champions League are English clubs. The two favourites for the Europa League – at least until teams parachute from their prettier sister – are English clubs. Despite (or because of) the intensity of the Premier League, its representatives are ruling Europe and there seems little sign of a coup.

This season, advancement was expected for all but Chelsea, whose rookie coach was failing in the Championship play-offs while the managers of Tottenham and Liverpool were competing in the Champions League final last season. Their group with Ajax, Valencia and Lille was variously described as tough, challenging and unpredictable, and it proved to be all those things right up to the moment that the French club sent a half-arsed team to Stamford Bridge. After a campaign that had showcased the best of Chelsea’s attacking gusto and the worst of their defensive vulnerability, they only needed maturity, patience and control to clear the final hurdle.

And this is where Lampard initially excelled, picking a team that eschewed sentimentality for experience, featuring six starters from the Europa League final while young English players Mason Mount, Reece James and Callum Hudson-Odoi sat on the bench. In came the excellent Antonio Rudiger and Willian, helping the Blues into the unusual position of having an older starting XI than the opposition. And a far, far better one. The flimsiness of Saturday was replaced by the the professionalism of Tuesday. At least for 70 minutes.

But this is a team that absolutely cannot be trusted defensively. A team that lurched from a seven-game winning streak to a run of three games without victory. A team that was strolling against an unmotivated Lille until they allowed Loic Remy the space he was rarely gifted when he was a Chelsea player. A team that then naively tried to score another rather than waste time at the corner flag.

And that’s why it is truly remarkable that Lampard has joined the exalted company of Champions League winners Jose Mourinho, Pep Guardiola and Jurgen Klopp in the last 16. This Chelsea side feels too unpredictable, too giddy, too green to reach those kind of heights, to finish ahead of Champions League semi-finalists and match seasoned Spanish campaigners. But then this is 2019, when even the most shambolic of English clubs are among the best in Europe.