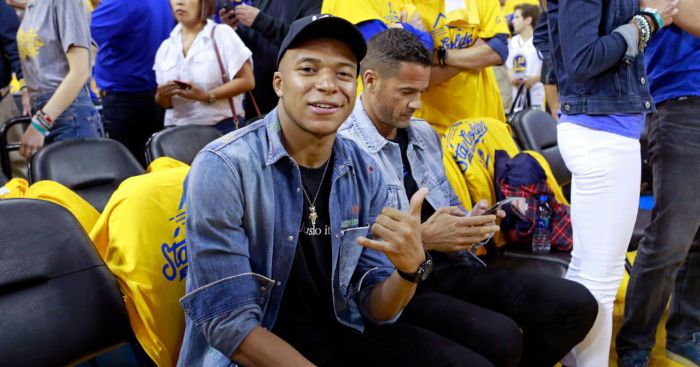 Baby, you’re the Wan
Eight days ago, Neil Custis told us that the atmosphere at Manchester United was ‘toxic’. That ‘uncertainty and disgruntlement’ was plaguing the squad and supporter ‘apathy’ meant Ole Gunnar Solskjaer ‘really does have some job on his hands’. That ‘the problems appear to have mounted’ since the end of this past season ‘with only one new player in and an inability to get others out’.

It looked like a ridiculously premature dissection of a club’s summer transfer business then. It seems even more foolish now, what with Aaron Wan-Bissaka joining in a deal worth £50m: only Aston Villa, West Ham and Wolves will have signed more players than United, who will have spent the most of any Premier League side, when that move is completed.

The Sun‘s double-page spread on Wan-Bissaka to United is supplemented by a short article from Custis that sounds weirdly cheery. What a difference just over a week makes.

‘What Solskjaer wants now is young, hungry players who want to grow into stars at United in the way he did. In the way the Class of ’92 did and the likes of Roy Keane, Nemanja Vidic, Cristiano Ronaldo and many more did. United made t hem and they in return helped make Sir Alex Ferguson’s Manchester United.

‘So enter right-back Wan-Bissaka, 21, from Crystal Palace, hot on the heels of the £15m capture of winger Daniel James, 21, from Swansea. Two signings that might have been welcomed with a shrug in the past but are now eagerly anticipated by the United faithful.’

The same ‘United faithful’ whose ‘apathy’ and ‘animosity’ was only adding to Solskjaer’s problems last week? And Mediawatch sincerely doubts a £50m signing would ‘have been welcomed with a shrug’ at any point in United’s history, present or future.

‘It has needed a rethink and if it takes a bit of time the fan base will allow it.’

You do realise that ‘apathy’ and ‘animosity’ is not a synonym for ‘patience’ and ‘understanding?

‘If they can see young players who want to make it at United and make them big again, there is hope once more.

‘Hope that Solskjaer can take United back to the future.’

So United are alright now? There is ‘hope’ again? Perhaps don’t judge them eight days into the transfer window and pretend that their first signing will be their only one next time.

You still turn me on
Of course, if you listen to Samuel Luckhurst of the Manchester Evening News then you will know that this deal ‘represents something of a financial victory for United at a time where the silly season has seldom been sillier’.

A reminder that United are paying £1m for each of Wan-Bissaka’s senior career starts in all competitions as an initial fee, with a potential extra £5m thrown in for good measure. They are making a 21-year-old with one full season of professional football to his name their fifth most expensive signing ever. And they faced no real competition for his signature.

You can make me scroll again
‘Aaron Wan-Bissaka revealed to be a boyhood Manchester United fan as he is pictured in a throwback family snap ahead of £50m summer move from Crystal Palace to Old Trafford’ – MailOnline.

This just in: someone wearing the shirt of a football club as a very young child does not mean they support them. Take boyhood Arsenal fan Aaron Wan-Bissaka, for example.

View to a Kyl
It seems as though Thursday is ‘Pretend Liverpool Signing Kylian Mbappe Is Even A Vague Possibility Day’ over at the Daily Mirror website. After last week’s ridiculous shenanigans, they are back with a vengeance seven days later.

Jake Polden is presumably enjoying a hard-earned month or so off, for he is unfathomably not the author to this story:

That would be the same Daniel Sturridge who has three days left on his Liverpool contract. Are we really supposed to believe that his last action for them will be to try and persuade Kylian Mbappe to join a club he is leaving in less than half a week?

But pray tell, what is this ‘Kylian Mbappe revelation’? That he has posters of Divock Origi in his bedroom? That he’ll never walk alone? That he has a child named Gerard?

The deal is basically done.

Of course, the Mirror know precisely what they’re doing. They are masters of the art of taking tweets from supporters and dressing it up as a latest update on an ongoing transfer saga. The only problem is that absolutely no-one is buying into the idea of Liverpool signing Mbappe. Not on the basis that he used to do the celebration of a striker who’s leaving the club very shortly, anyway.

Absolutely no-one…except for the Daily Mirror, who opted to publish this soon after:

‘Jordan Henderson reacts to Daniel Sturridge posing with transfer target Kylian Mbappe’ – in which we are told (by Jake Polden; he’s back!) that Mbappe ’emerged as a surprise Reds target a few weeks ago, although Liverpool are yet to show official interest in the Frenchman’.

To the Mirror: congratulations for slowly murdering a horse before desperately and shamelessly flogging it for all to see.

Dirty Harry
‘Why Man City interest in Harry Maguire is a good sign for Manchester United,’ reads a headline on the Manchester Evening News website. The following two paragraphs, written by Dominic Booth, raised an eyebrow:

‘A glance down a list of the two clubs’ recent signings must induce corneal abrasions for fans on the red half of Manchester. It is now nearly eight years since the birth of that City chant — ‘you signed Phil Jones, we signed Kun Aguero’ — yet that was only the start of the transfer pain for the Reds: in 2013 it was Fernandinho versus Marouane Fellaini. In 2015, Matteo Darmian versus Kevin De Bruyne. Even in January 2018 when United trumped City to the signing of Alexis Sanchez, Guardiola nabbed Aymeric Laporte, which now looks like the much smarter deal.

‘Therefore it is a difficult but accepted truth for United that City interest in any player these days is usually the hallmark of quality. Txiki Begiristain, Ferran Soriano and Pep Guardiola are a formidable transfer trio and they make very few mistakes.’

Because it worked so well with Alexis Sanchez and Fred? United certainly benefited from City’s ‘hallmark of quality’ there.

Oh wow. Is he replacing Ernesto Valverde this summer? No, that’s not his style; he must be suggesting that he’ll take the job next year or after another hiatus.

“I will return to Barcelona to live, sooner or later.”

Man born in Catalonia, who spent 17 years as a Barcelona player and five as a Barcelona manager, intends to reside in Barcelona again in the future. Shock and, indeed, horror.