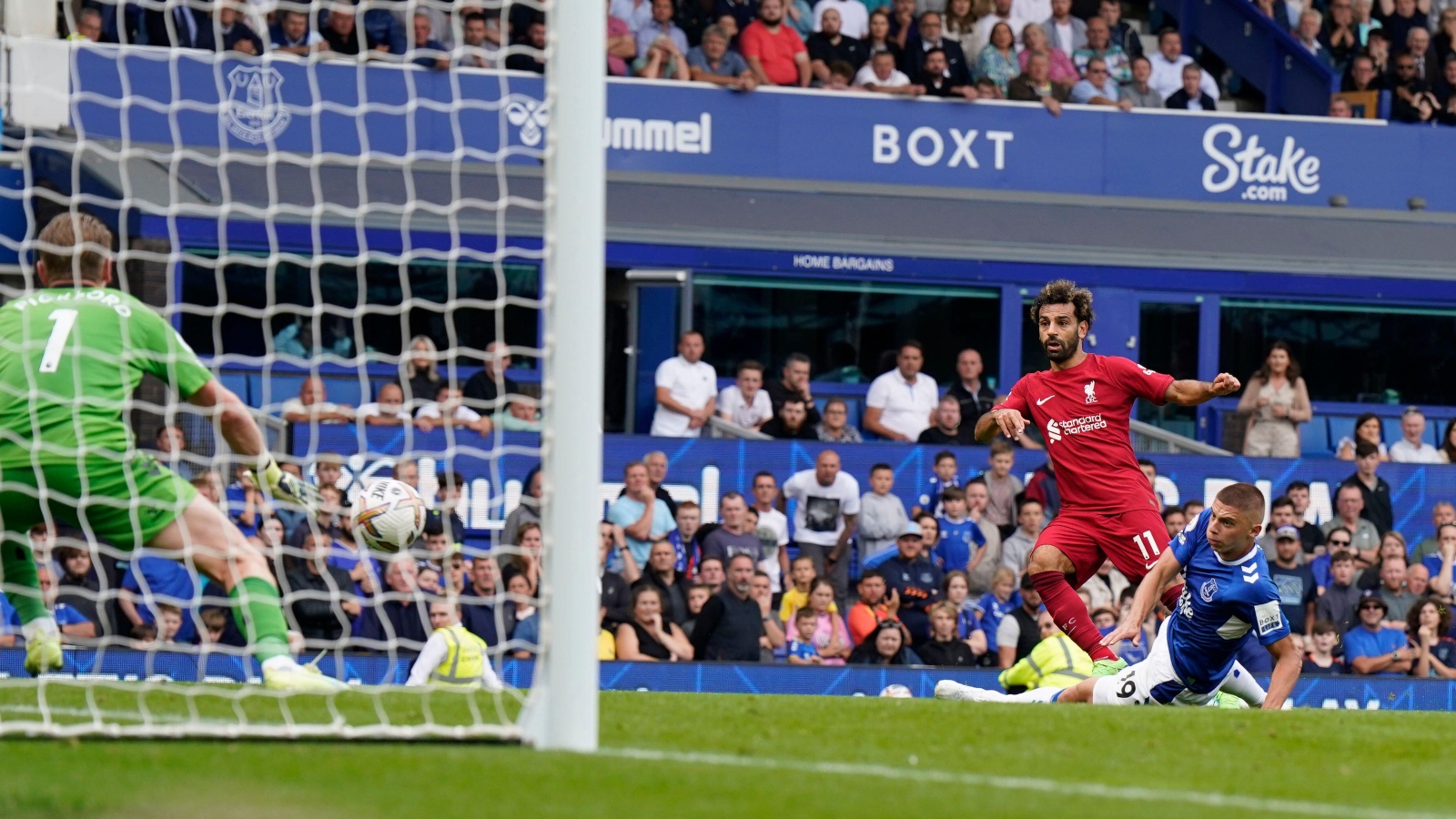 Jordan Pickford put in a terrific display as he helped Everton pick up an impressive point against Liverpool in the Merseyside derby.

Tom Davies found the outside of a post for Everton midway through the first half before Jordan Pickford pushed a Darwin Nunez shot on to the crossbar and Luis Diaz hit the frame with a follow-up effort.

Then in stoppage time Pickford made a superb save to push Mo Salah’s shot on to the upright.

Conor Coady had the ball in the net in the 70th minute but when his goal was chalked off by VAR for an offside there were ugly scenes as a bottle appeared to be thrown, narrowly missing Jurgen Klopp, while another fan ran on to the pitch from the Gwladys Street End to confront referee Anthony Taylor.

But the day belonged to the goalkeepers, with both Pickford and Alisson Becker making fine saves in the second half.

The result kept Everton winless to start the Premier League season though they were probably happier with the result than Liverpool, who are still yet to win away this campaign and have already dropped nine points from their opening six games.

Everton debutant Neal Maupay got the first real chance but dragged his shot wide after being played in by Demarai Gray.

Davies and Amadou Onana were winning the midfield battles for Everton while Gray and Anthony Gordon interchanged on the flanks and got plenty of joy against Konstantinos Tsimikas, preferred to Andrew Robertson at left-back.

Gordon, kept out of the clutches of Chelsea in the final days of the transfer window, tested Alisson with a drilled shot when Liverpool could only half-clear Gray’s corner, but the shot was too close to the goalkeeper.

Everton should have gone in front in the 32nd minute. Nathan Patterson’s cross missed the intended target but it came back to Maupay. His shot was blocked but the ball sat up for Davies, who saw his shot spin off the outside of the far post.

But Liverpool finished the half on top.

Nunez had just wasted a second chance with a header at the far post when he brought a superb save from Pickford with a looping shot which the England goalkeeper pushed on to the crossbar. Luis Diaz won the race to the ball and cut back in from the left but bent his shot against the post.

The game became end-to-end as the second half went on. Tsimikas blazed wastefully over for Liverpool, then Gordon brought down a long ball and slipped it inside for the on-rushing Patterson, who saw his shot deflected wide by Virgil van Dijk.

Pickford got down smartly to turn Roberto Firmino’s goalbound drive away then made a reaction save to keep out the Brazilian’s header from the resulting corner. Seconds later, the goalkeeper did well to block Fabinho’s shot at the expense of another corner.

Then it was Alisson’s turn as Everton countered down the left. Gray pulled the ball back looking for Gordon but instead found Maupay, who could hardly believe he failed to score as Liverpool’s goalkeeper made the block.

After Coady’s disallowed goal sparked ugly scenes, Van Dijk was booked after catching Onana on the foot with his studs.

Dwight McNeil replaced Gordon with eight minutes to go and almost made an immediate impact when his deflected shot brought another fine save from Alisson.

Pickford was not to be outdone, denying Firmino from close range in the 87th minute, before getting quickly down to his left to deny Salah with the best save of the match at the death.