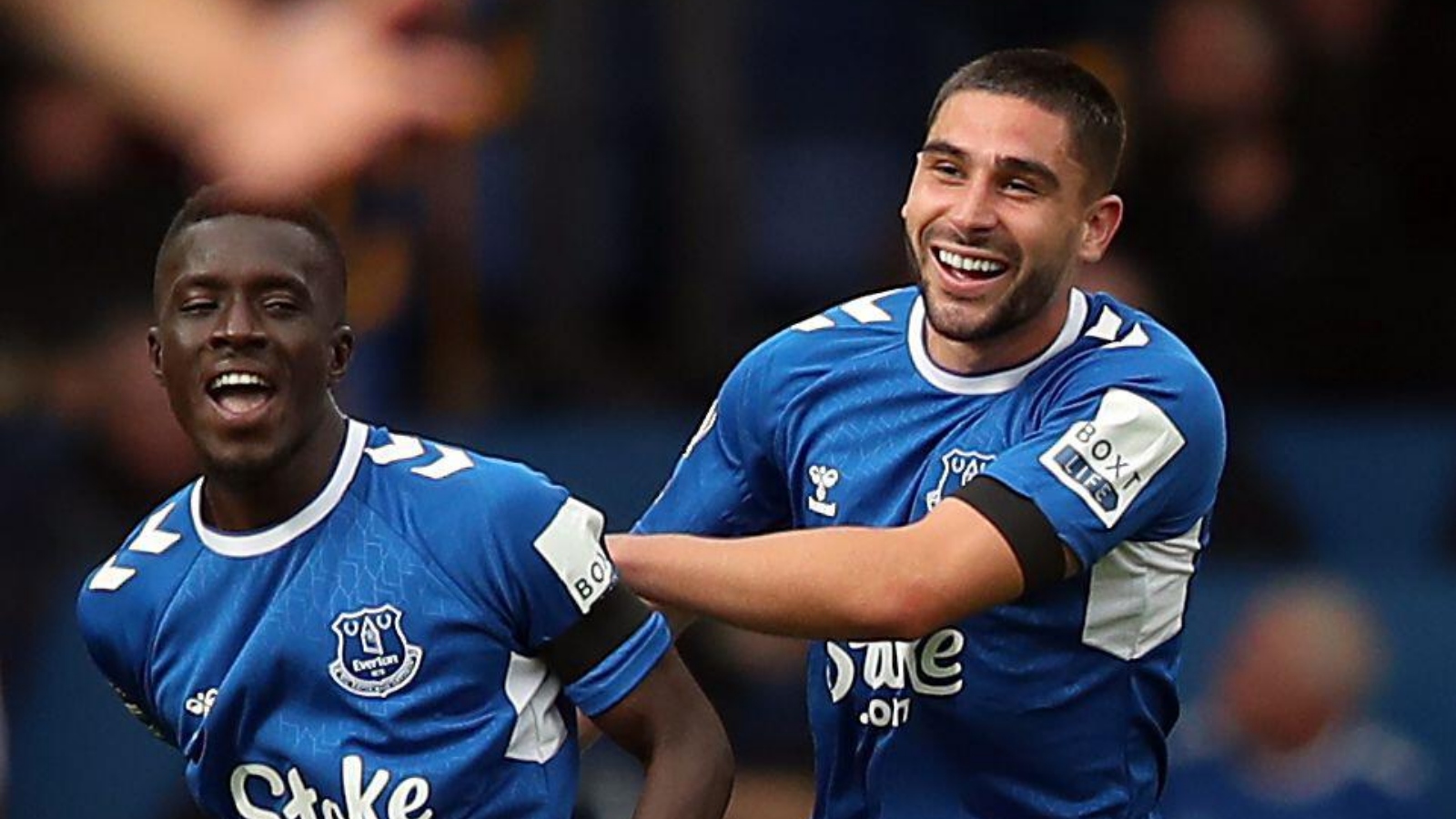 The Frenchman, who has scored in all three of his Premier League starts against the Hammers, struck with a well-taken goal which was a rare highlight in a match between two teams who have endured difficult starts.

His goal made light of the continued absence of Dominic Calvert-Lewin, who has not featured this season because of a knee injury on the eve of the campaign, after Everton boss Lampard erred on the side of caution by giving him until after the international break to regain full fitness.

Initially that was at the expense of any attacking threat with Maupay relatively anonymous, Demarai Gray off his game and even Anthony Gordon, their one bright spark so far, struggling to make his mark.

In fact, only Idrissa Gana Gueye, on his first start since returning to the club from Paris St Germain in the summer, provided any real class with his reading of the game in a poor first half.

But when your defensive midfielder, a week away from his 33rd birthday, is the best player in a team which had scored only four league goals against opponents who had managed three, it highlights the issues Lampard has going forward.

West Ham, who started the match one place below their hosts in 18th, were hardly any better even after back-to-back Europa Conference League wins as they had the only two shots on target of six in the first half.

Jarrod Bowen’s early cross was somehow diverted around the near post by Conor Coady, captaining the side in the absence of the injured Jordan Pickford, as the former Wolves centre-back continues to add a sense of control and calmness to what was a chaotic defence last season.

Even a booking for hauling down Michail Antonio on halfway line failed to ruffle the England international as he completed the remaining hour with little concern.

Neither side looked capable of scoring until Maupay struck in the 53rd minute with a goal out of nowhere.

Alex Iwobi threaded a pass through the tightest of gaps between Declan Rice and Kurt Zouma and the ex-Brighton forward’s first touch teed up the ball for a low volley past Lukasz Fabianski.

Former Everton boss David Moyes immediately sent on Maxwel Cornet and Said Benrahma and from there it was a test of the Toffees’ resilience, which had been a major weakness in their battle against relegation last season.

Tomas Soucek flashed a header across goal but Coady and fellow new arrival James Tarkowski are made for such situations, not only for their defensive capabilities but their leadership qualities.

However, even they needed help from a post to keep out Benrahma’s curling shot which left Pickford’s deputy Asmir Begovic rooted to the spot.

But the goalkeeper was more active in saving from Cornet late on, with the Hammers forward also squeezing a shot wide as the visitors pressed but failed to find the equaliser.