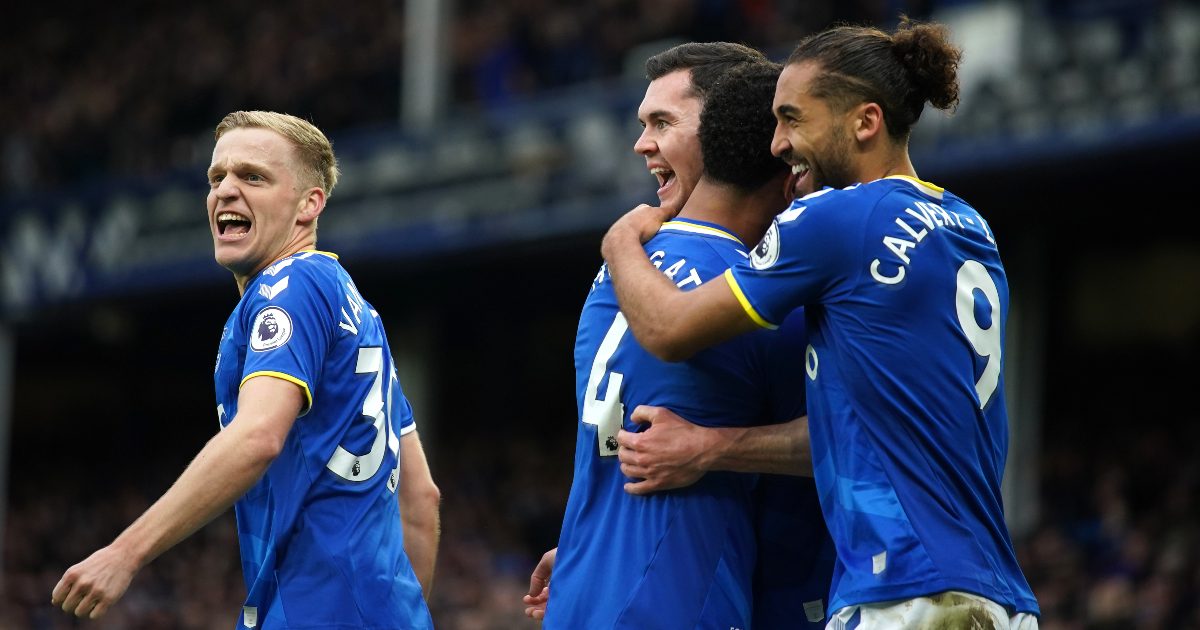 Seamus Coleman scored his first goal for Everton since 2019 as the hosts got the better of Marcelo Bielsa’s Leeds United at Goodison Park.

Coleman and Keane both scored headers before the break as Everton lead 2-0 heading into the second half.

Richarlison’s strike, which deflected in off of Anthony Gordon, put the result beyond doubt in the 78th minute.

Is there any chance Dele can be judged on his football?

It was another morale-boosting Goodison Park display from Everton, a week on from the 4-1 FA Cup defeat of Brentford at the ground in the opening game of Lampard’s tenure, as they bounced back from Tuesday’s 3-1 loss at Newcastle.

What was only a second league win in 16 league outings, and a first in seven, took the 16th-placed Merseyside outfit to within a point of Marcelo Bielsa’s 15th-placed Leeds.

Roared on by a vociferous support, Everton were lively from the off, with Dominic Calvert-Lewin – back in the starting line-up after injury – playing in Gordon, who was challenged by Luke Ayling as he tried to shoot and saw Illan Meslier grab the ball.

Gordon then drilled an effort at Meslier from outside the box, before Leeds were forced into an early change as Stuart Dallas was replaced by Leo Hjelde.

A minute later Everton were in front when full debutant Donny Van De Beek produced a low cross, Calvert-Lewin slid in with Diego Llorente to meet it and as the ball bobbled up, Coleman was on hand to nod in from close range.

After the delirium of that moment, the Goodison faithful were almost silenced in the 18th minute as Rodrigo’s dipping strike cracked against the bar.

The noise then cranked up again when Gordon delivered a corner from the right and Keane rose to head past Meslier, while Lampard jumped for joy on the sidelines.

Gordon and Alex Iwobi made unsuccessful attempts at goal, Richarlison saw an effort well blocked by Hjelde and Calvert-Lewin had one pushed away by Meslier as Everton continued to apply pressure.

Rodrigo then repeated his earlier trick in first-half stoppage time, rattling the bar once again with a curling shot.

Bielsa opted to make two adjustments at the break, bringing on Tyler Roberts and Adam Forshaw for Raphinha and Mateusz Klich, but it was Everton again on the attack in the opening moments of the second half, with Gordon’s shot looping into Meslier’s arms.

Rodrigo lashed a shot into the stand at the other end, while Lampard brought on Dele Alli for Calvert-Lewin.

Soon after that change, Everton extended their advantage, Gordon ensuring that Richarlison’s fine effort from just outside the box found the bottom corner.

And Lampard then almost saw his side net a fourth for a second successive weekend, with substitute Salomon Rondon denied by an excellent Meslier save in time added on at the end.