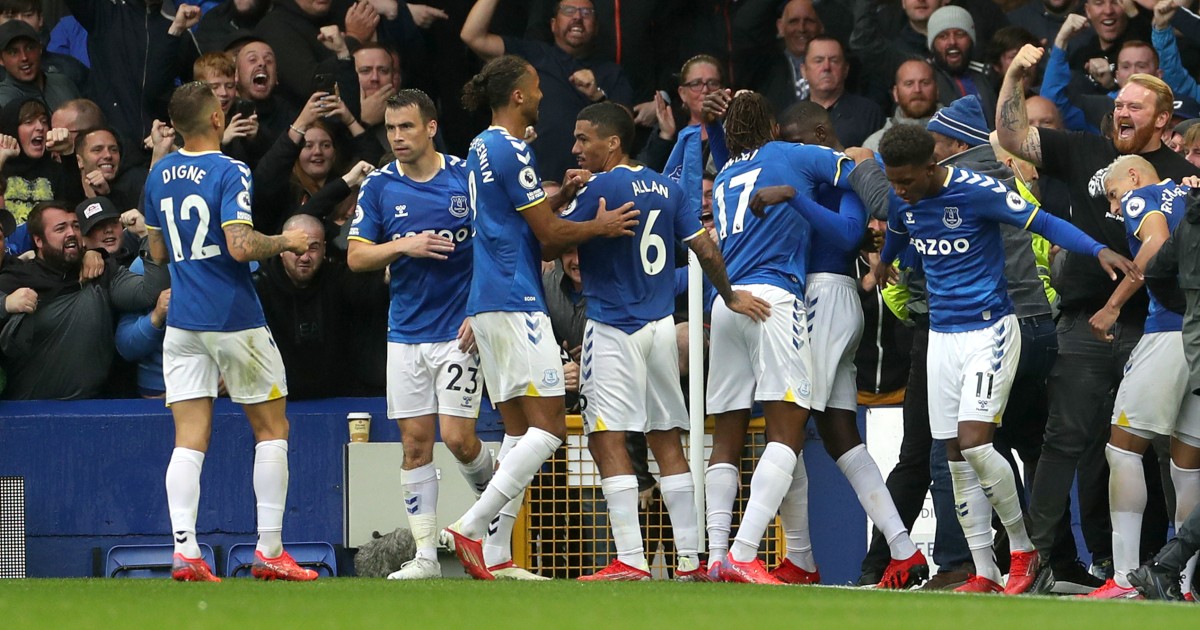 Everton came from behind to beat Southampton in Rafael Benitez’s first game as manager.

It seemed as though the Toffees would start the Premier League season on the wrong foot when debutant Adam Armstrong capitalised on a Michael Keane mistake to put Southampton in front.

The half-time whistle was met with a smattering of boos around Goodison Park as Everton struggled to find an equaliser, but Richarlison’s quick reactions from a loose ball at a corner allowed him to finish high past Alex McCarthy early in the second half.

Abdoulaye Doucoure then crowned a fine team move with a delightful finish from Alex Iwobi’s knockdown to secure the win, before Dominic Calvert-Lewin added a third.

Benitez’s predecessor Carlo Ancelotti struggled throughout last season with a confidence problem at home, and in the period up to the interval that looked like being replicated.

However, Olympic champion Richarlison’s golden touch got the hosts back on level terms early in the second half, Abdoulaye Doucoure’s superb shot on the turn put them ahead and Dominic Calvert-Lewin’s diving header clinched only the second win at Goodison Park since March.

Benitez’s selection was limited with half a dozen players absent, but he gave debuts to new signings Demarai Gray and Andros Townsend, with the former, playing behind fit-again striker Calvert-Lewin, particularly involved in the opening 25 minutes.

Despite that they had little to show from a positive start, with Allan shooting weakly at Alex McCarthy and Calvert-Lewin heading wide.

But even Benitez, a master in the art of micro-management, could not have foreseen what came next as Keane’s dithering on the ball proved costly.

The centre-back was caught in possession just outside his own penalty area by Che Adams and, having ridden a tackle from Mason Holgate, the striker slipped in Armstrong – a £15million signing from Blackburn – to clip over Jordan Pickford.

And just like that Everton looked short of ideas, going aimlessly long when previously they had been playing through the lines as confidence quickly drained away – a trait which plagued them at home throughout last season.

Keane looked ponderous on more than one occasion and almost diverted one Southampton pass past Pickford, who denied Armstrong’s near-post angled volley just before half-time.

There were a smattering of boos when the whistle blew, but just two minutes after the break the mood changed again as Townsend headed a half-cleared corner back into the six-yard area and Richarlison’s close-range volley went in off the underside of the crossbar.

Benitez brought the Brazilian, booked in the first half for diving, into a central position, moving Gray out to the left as his influence waned, and it had the desired effect.

But it was Iwobi’s 76th-minute knockdown which teed up Doucoure to smash home into the top corner and take the roof off Goodison Park, and Calvert-Lewin’s near-post diving header from Richarlison’s cross got Benitez up and running in some style.