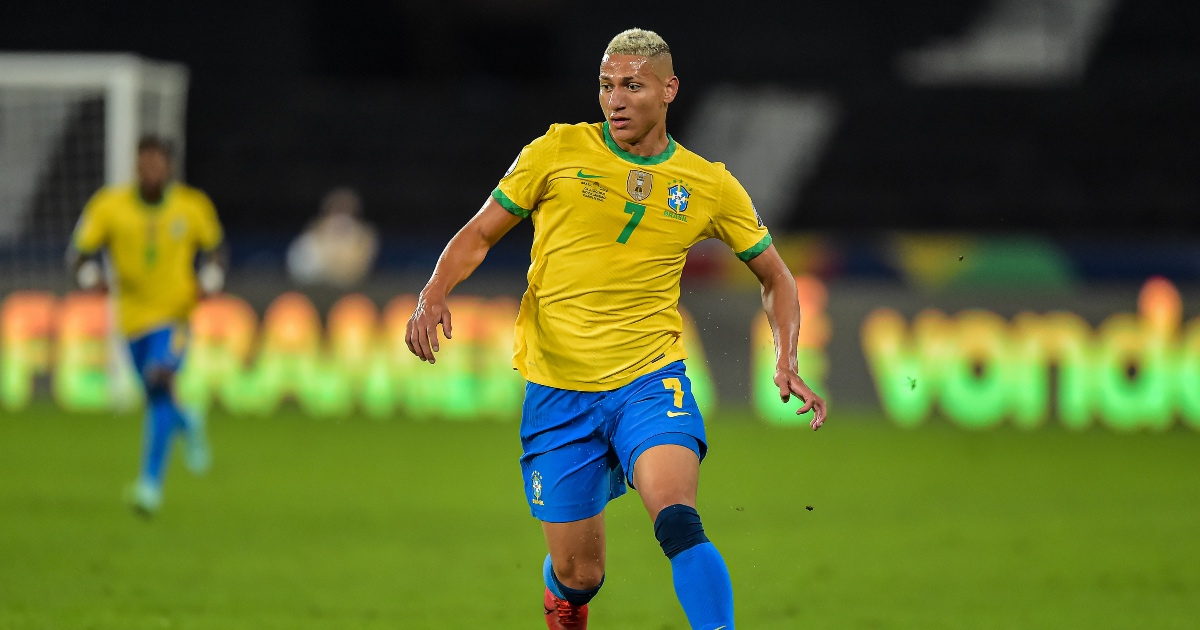 Everton will allow Richarlison to play at the Olympics after he was called into Brazil’s squad for the Tokyo Games.

While it seems likely the decision will mean the 24-year-old, with 42 goals in 119 appearances, will miss the start of the Premier League season, new manager Rafael Benitez has agreed to the player’s wish to go to Japan.

As it is not a FIFA-organised event there is no obligation for clubs to release their players – neighbours Liverpool refused Mo Salah permission to go – but Richarlison will be allowed to play in the Olympic tournament, which runs from July 21 to August 7.

Danny Ings: The striker every Premier League club must want

The announcement comes after the player revealed he had ‘fought’ with Toffees chiefs over the request.

Everton kick-off their league programme on August 14 at home to Southampton, followed by matches against Leeds and Brighton but Richarlison, currently preparing for a Copa America semi-final with his country, would be entitled to a period of time off and may not realistically be available until September.

The club’s pre-season preparations have already been impacted by England’s progress to the semi-finals of Euro 2020, meaning goalkeeper Jordan Pickford and Dominic Calvert-Lewin were not able to report for the first day of pre-season on Monday.

Neither were Richarlison nor Colombia defender Yerry Mina, who has a Copa America semi-final against Argentina in midweek.

However, a number of players – including the likes of James Rodriguez, Gylfi Sigurdsson and Andre Gomes – attended the club’s Finch Farm training complex to begin preliminary medical and fitness checks.

Benitez, a controversial appointment following his days with Liverpool, has already had phone calls with senior players.

He was present at the training ground but did not address the small group as a whole with more players still to come back as part of a staggered start.

Director of football Marcel Brands was, however, pictured speaking to a couple of players individually in the gym.

The first day back was a relatively short one as the players underwent a series of fitness tests and assessments by the medical team but did not train outside.