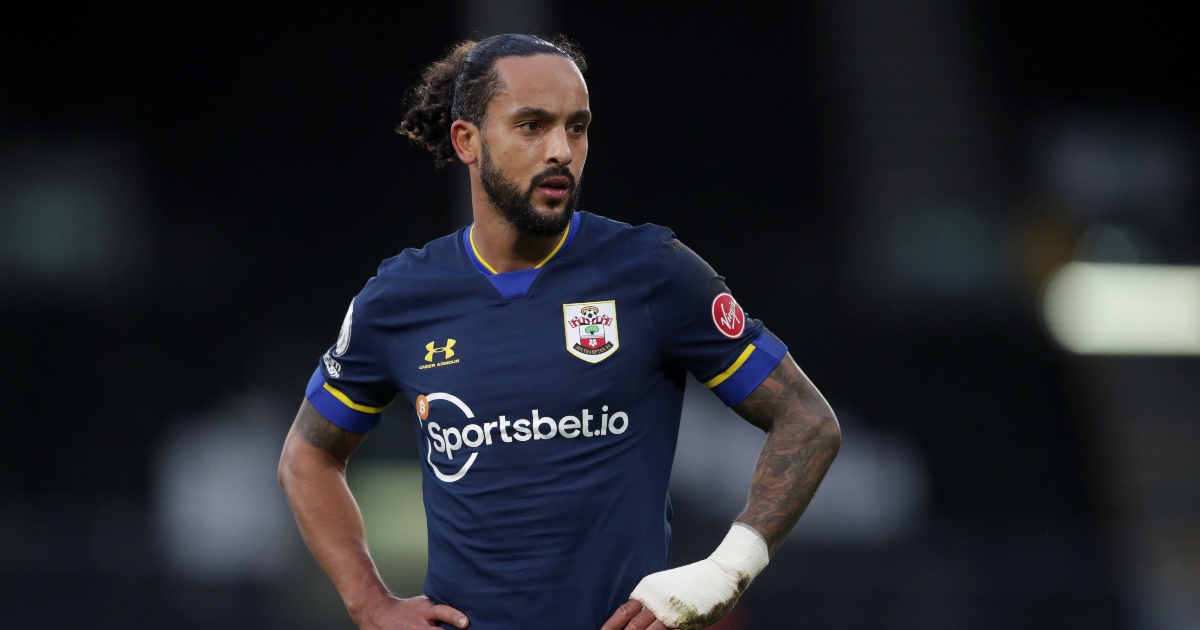 Everton have reportedly told Theo Walcott he can leave this summer, amid rumours of a Southampton return for the winger.

Walcott started his career on the south coast before securing a big money move to Arsenal in 2006.

He could now spend his final few years in the Premier League back at St Mary’s.

According to Football Insider, Everton will allow the Englishman to leave Goodison Park once his contract expires in June.

Manager Carlo Ancelotti is keen to sign big-name players in the summer transfer window and the departure of Walcott would free up space in the squad.

The 32-year-old has spent the 2020/21 campaign on loan at Southampton, where he’s made 20 Premier League appearances and scored two goals.

Last month, reports detailed the Saints’ interest in signing him permanently. Everton’s transfer decision has now given them the green light to secure his services.

Walcott originally joined Ralph Hasenhuttl’s side in October last year after falling out of favour at Everton.

Ancelotti has the likes of Richarlison, Dominic Calvert-Lewin and James Rodriguez available to him in attack. As such, there was no way into the starting eleven for Walcott.

The winger made his first Southampton appearance in almost 15 years during the 3-3 draw with Chelsea in October.

He helped the Saints to top the Premier League in November, as well as scoring in draws against Wolves and former club Arsenal.

Speaking in December, Hasenhuttl heaped praise on the England man: “Walcott is a fantastic signing. Footballers are getting younger and younger but the older ones who want to be professional can still help you and I am very happy he is here.”

The Austrian’s comments sparked rumours of a permanent move, which is now looking likely.

Walcott could help the Saints to have a more stable campaign in 2021/22.

After topping the table in November, they’ve picked up just four wins since the turn of the year.

A small squad became decimated by injuries and Hasenhuttl was forced to play his men out of position.

Jan Bednarek at right-back during the 3-0 defeat to Leeds in February is one memorable example.

Signing Walcott would be a big boost to Hasenhuttl’s squad. The manager would then look to improve their depth in defensive positions.