Home All The News Everton assistant likens Calvert-Lewin to Ronaldo 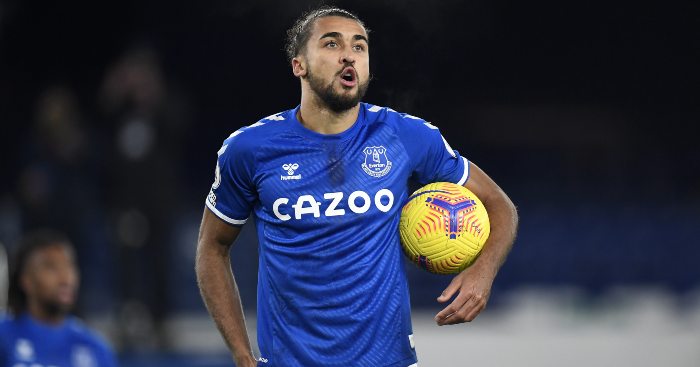 The England international has scored 14 goals in 16 appearances in all competitions for Everton this season, coming off the back of a decent campaign in 2019/20 where he bagged 13 Premier League goals.

The new levels he is reaching as a goalscorer have coincided with Carlo Ancelotti’s time in charge at Everton as the Toffees have risen to fourth in the Premier League table.

Ancelotti has worked with some of the best strikers in world football with the likes of Didier Drogba, Robert Lewandowski, Ronaldo Nazario and Filippo Inzaghi playing under him.

And the Everton boss’ son, who works as his assistant at Goodison Park, reckons Calvert Lewin has what it takes to become “the same” as Juventus striker Ronaldo, who was with Ancelotti at Real Madrid.

“I think he has all [the attributes] to be the same,” Ancelotti Jr told talkSPORT.

“Of course, he is at the beginning of his way. But as I said, game-by-game, I’m seeing big improvements. Also in training he is working very hard to improve.

“The special ability he has, that all the big talents have, is that he knows his body really well. He knows his feelings really well and that’s not so common.

“For example, [Cristiano] Ronaldo was a player like this. He was able to understand his body.”