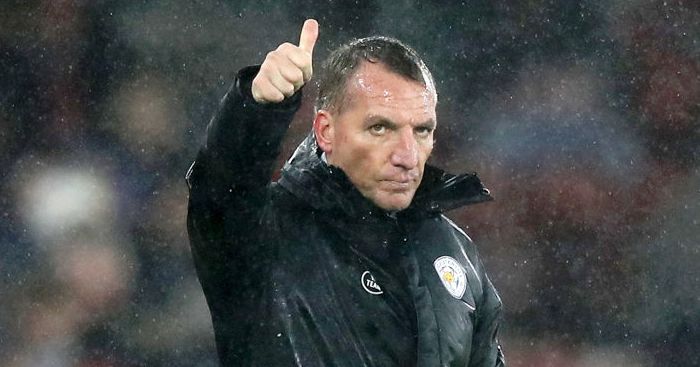 Just a few seasons after Niasse got banned for being fouled in the box, yesterday we became the first team to have a ref not at the game give a pen against us.

Not provide opinion to the game ref, not advise the ref to go look at the monitor – actually give one.

For anyone who’s not seen it, Keane accidentally stands on a Brighton players foot – eyes on the ball the entire time and he’s just in motion. It’s no different to you or I stepping  on someone’s foot in the office accidentally, an apology is all that’s needed here.

Embarrassingly the Brighton player launches himself upwards then proceeds to roll round holding his ankle, milking it for all he’s worth.

Lee Mason watched that 14 times before saying clear and obvious mistake by the ref.

Let that sink in: fourteen times.

Richarlison was rugby tackled at a corner prior to this- no review.

VAR may well have its uses, but in the hands of the same incompetent officials that it was brought in to help improve it’ll be a long time before it adds any value.

Get rid of the idiots at the controls and employ people who know what they are doing.
Ian (effing furious) EFC

I saw that Mings was your early loser.  I’d have made him your Early Early Loser.  Your early loser should have been the Premier League officiating and VAR. Making an absolute mockery of the league.

Richarlison pulled down in the box…nah we won’t review that. Brighton player accidentally stepped on by Keane while looking at a ball neither of them were going to get to….yeah, better have a close look at that.

Everton fans have every right to feel aggrieved by that decision making. Reminds us all of the same exact inconsistency of the FA video review panel. Only Niasse (the first naturally) and Mahrez when at West Ham have been punished for diving retroactively.  Is the FA really saying that there have been any dives since warranting the exact same punishment?

The emperor has no clothes
The air of optimism around St Mary’s at the appointment of Ralph Hasenhuttl was palpable, given the malaise the club found itself under the management of Pellegrino and Hughes. His CV from RB Liepzig; although limited with only two full seasons, was impressive given their lofty Bundesliga heights and the free flowing, counter attacking style of football he produced. It appeared a savvy appointment from the Saints boardroom with an expectation he could deliver something similar in the EPL, or was it?

Based on an excellent analysis by Axel Falk, I would argue that the football template Hasenhuttl created in Germany hasn’t been translated or is a pastiche at Southampton.

Formation:
The 4-2-2-2 was the standard RB Liepzig formation. It starts with two capable CB’s and two wing backs without defensive responsibilities. At Saints, Hasenhuttl has continued to dabble with three CB’s, with a single defensive midfielder (Romeu) as cover. Rarely has he played two advancing midfielders to support his two strikers so that Saints can overload on a counter attack. Maybe the formation is too narrow for the EPL and Hasenhuttl has abandoned it.

Pressing:
Hasenhuttl has an ad hoc approach to pressing that often looks haphazard and draining on his players. It is highly aggressive and without quick, agile players (think Keita, Forsberg, Demme; as opposed to the dour Romeu and Hojberg) the shape of the Saints is often compromised. The pressing is often very deep into the opposition half, yet can be sprung easily back through the middle of the park providing options for the opponents to counter attack.

Wing Backs:
Crucial to the Hasenhuttl methodology is the wing backs who can push forward. At Leipzig he had interchangeable models in Klostermann, Bernado and Halstenberg, however, at Saints he has had to unearth academy graduates (Valery, Vokins, Targett now sold) with limited success. Thus, he’s constrained himself with Bertrand and Soares – or neither. Regardless of the players selected, this now appears counter intuitive having Djenepo and Boufal as natural wingers occupying a similar space.

Strength in attack:
RB Leipzig strength was in attack and they tended to out-score opponents. With a leaky Saints defence, one would expect Hasenhuttl to apply the same logic. With German-Danish duo (Werner/Poulson) at his disposal, incisive and quick counter attacks made them difficult for opponents to defend. Their specialty was to allow the focus on the two strikers, whilst others could drift between the lines or arrive late into the box. At Saints, the young Che Adams is a work in progress, but Hasenhuttl has played him one out or alternatively played Danny Ings – rarely have the two played together. Occupying the opponents defense with two strikers, players like Redmond/Djenepo/Boufal will benefit.

Midfield General:
At the heart of the Hasenhuttl system is an old-fashioned midfield general. Keita and Demme at Leipzig and now Hojberg at Saints are those officers. The fulcrum of both attack and defense resides with this position and Falk noted that it appears ‘unbalanced’ in the modern game. It also places emphasis on that player imparting his will on the midfield battle which is difficult  to achieve over 90mins.

Seb Stafford Bloor wrote that Saints maybe marching a little faster these days, but until Hasenhuttl places his imprimatur onto the team with a definitive strategy (regardless of the quality of players at his disposal) and style of play, he will continue to founder and remain exposed.

Something like this has been coming for a while. I have frankly been surprised that we hadn’t featured in the ‘loser’ section of your weekly reflections more.

Danny Rohl, Ralph Hassenhutl’s assistant left us for Bayern Munich in the summer, this was not a widely publicised event but it has proven crucial to us. Since this moment we have lost our defensive cohesion, spark and work ethic. It is telling that it has needed a new player, Moussa Djenepo , unhindered by time in a  negative environment to spur us on to the two wins that keep us in touch. The existing squad have become the vision of lethargy, failure and resignation.

Hassenhutl has failed to get our other new signings firing. Danso and Adams might not as well be here. We are relying on the same men who have not been good enough before, are not good enough now and are even worse then when Ralph came in. Ralph made his career on the basis of good defensive organisation with a squad that performed a a greater sum of their parts. He is absolutely, explicitly, completely failing to do that now. He is making Mark Hughes look competent in comparison.

The player’s attitude clearly reflect the problems that must be eating away at St Mary’s. An absent owner, a manager who appears to have lost his essence over what should have been an empowering summer and a squad bereft of leadership, ideas and talent. This was meant to be a season to look forward to, Ralph bought in such optimism. We thrived on it, survived on it! The only thing that changed is Danny Rohl leaving…… The ‘goods in the back’ (God bless Clough/Taylor for the comparison) in this case seemed to be the main substance of the relationship.

We lost to a Spurs side there for the taking, drew at home to a Man Utd side in the biggest rut of the Premiership era. Collapsed to Burnley on the opening day. Ralph’s time in charge is no longer recoverable. He can only praise the fans so much….. His humility in the post match interview can only go so far.

We will be playing Championship football next season. Can see us going the route of Stoke and Huddersfield rather then West Brom. At least we had the glorious period from League One in 2010 to the 2017 League Cup Final, what a time that was to be alive. Our time in the sun has been well and truly extinguished.
Colin Brown (And out…..)

You’re welcome
Dear F365, Thank you for dooming the Saints. You guys wrote an article about Brighton underperforming their xG and some days later, they promptly thrashed Spurs (lol) 3 nil. You then wrote another one about how terrible Leicester’s attack is and they went away and thrashed Southampton 9 nil. Please do the same for Chelsea a week before we play City. Thank you.
Yours faithfully,
Abdulazeez (Lampard is surely the best manager ever right?) Nigeria.

An absolute Rodgering
B Rod is going to better what was unthinkable in the first place, isn’t he?
Ashish S

Fabulous football. Record breakers. Candidates for the top 4. An excellent manager with a title-winning mentality –  not to mention a club with the pedigree of being recent PL champions.

This is such an exciting project that it’s difficult to see Leicester’s prize assets being lured away from it, at least in the short term. Even if Tielemans, Maddison Chilwell are enticed to “bigger teams”, it’s got to the point they will all command gigantic transfer fees – £80m+ for each. Add in some cash  – whisper of a dream, Champions League – from UEFA, that will put Leicester in a position to progress over the long term.

Oh, and Brendan Rodgers will manage a title winning side within the next 5 years – whether at Leicester or somewhere else. I can see him following Pep at City.
Rob S

Ask and you shall (kind of) receive
Hi There,

Love Football 365 and a mailbox entry re “United need Bruno Fernandez” had me checking out the Portuguese league so far this season (just the 4 in 6 for him in the league so far to go with 20 in 33 last season so fully sympathise with United not being interested, he’s useless!!!).

While I was looking I happened to notice Famalicao topping the table after 7 games (having beaten Sporting), 8,000 capacity stadium and 2 forwards, one a 21 year old Brazilian. They’ve got Porto this weekend which might be tricky but if someone were to write a piece on who they are, where they’ve come from, how the hell they’re topping a league usually dominated by the big 3, I’d certainly read it 🙂 🙂