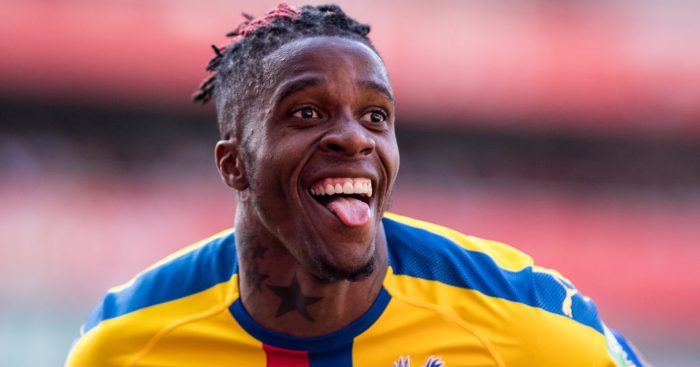 Wilfried Zaha has handed a transfer request in at Crystal Palace amid interest from Everton, according to reports.

Palace chairman Steve Parish has made it clear he wants forward Zaha to stay and he is believed to have have rejected Everton’s offer of £70million-plus Cenk Tosun and James McCarthy.

Another report a week ago claimed that Arsenal still held interest in Zaha despite the signing of winger Nicolas Pepe from Lille.

The Gunners had a reported £40million bid for Zaha rejected earlier in the summer with The Sun saying Arsenal wanted to pay the fee over five years while asking for ‘a hefty discount’ if they managed to reimburse Crystal Palace early.

Palace reportedly value their prized asset at nearer the £80million mark and it was little wonder to see their initial offer dismissed out of the hand by the Eagles, despite a plea from the Ivory Coast forward’s brother.

And now Sky Sports claims Zaha has ‘handed in a transfer request’ at Selhurst Park as he looks to force a move before the transfer deadline on Thursday.