Home All The News Everton 1-0 Southampton: Richarlison downs the Saints 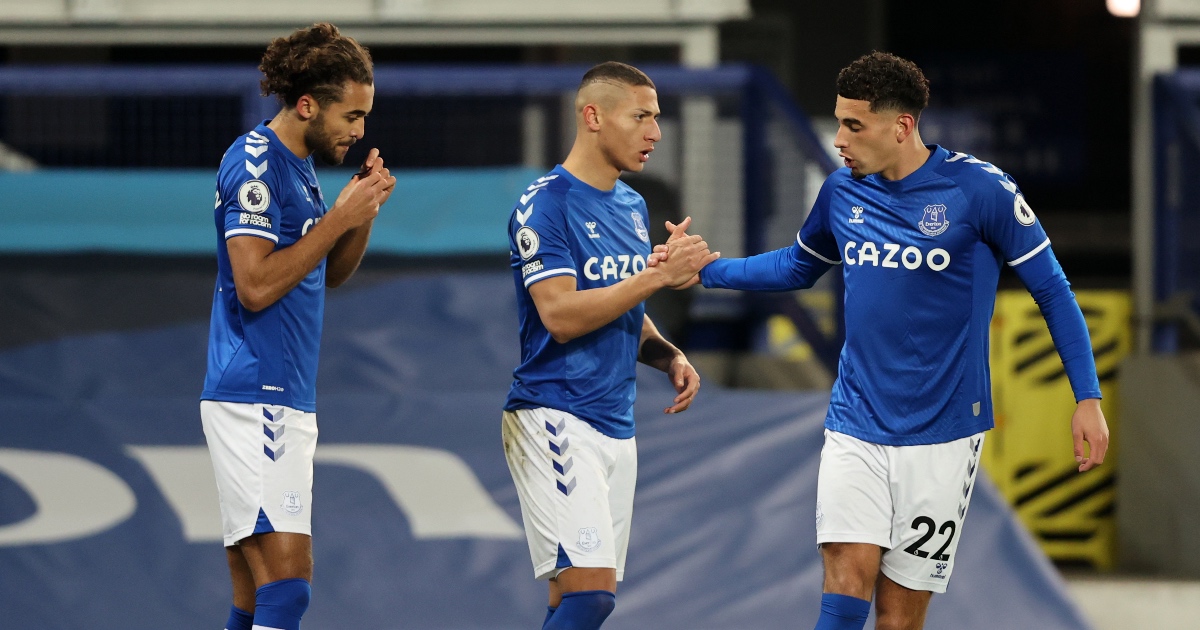 Everton’s Champions League dreams remain on track thanks to Monday night’s 1-0 victory over a Southampton side anxiously looking on the other end of the Premier League table.

Richarlison scored for the third-successive match inside the first 10 minutes to move Carlo Ancelotti’s side within two points of fourth-placed West Ham with a match in hand.

But while their worst home run since 1958 was brought to an end, the pain for Saints continued with just one draw and eight defeats in their last nine league matches. That leaves them seven points above the bottom three and wondering just where their next win will come from.

On present and past form it was unlikely to be Goodison Park where Everton are unbeaten against them in the league since 1997, but considering their hosts’ poor home form – three successive defeats – they may have had an opportunity had they been able to carve out some half-decent chances.

Their only real opportunity fell to Moussa Djenepo in the final 10 minutes and he blazed wide when well placed. It was an escape for Everton, who faded after having a second goal ruled out for offside midway through the first half.

Ancelotti believes consistency is the ultimate key to Champions League qualification but what he could really do with is Richarlison catching fire in the final three months of the season.

His angled ninth-minute finish was only his fifth in the league this season but, since the start of last season, Joao Pedro (30) and Neymar (19) are the only Brazilians to score more goals in the top five European leagues than him.

Playing in a two up front with Dominic Calvert-Lewin, who has 13 league goals this season, Richarlison took his chance brilliantly.

Gylfi Sigurdsson, in the side for James Rodriguez who was left out with a minor injury, capitalised on the space afforded to him by Mohammed Salisu.

The Iceland forward slid through a pass for Richarlison, who made the same centre-to-right diagonal run which saw him score at Anfield last time out, to round Fraser Forster.

It was the first time since December 2019 that he has scored in three-successive league matches.

Michael Keane had a header ruled out by VAR for offside as Southampton’s intention of holding a perilously high line at free-kicks caused them problems.

Strangely, rather than be emboldened, the hosts became more reticent and it could have cost them.

Just before half-time, Che Adams cleverly rolled Ben Godfrey on the edge of the penalty area and both went down in a tangle but referee Martin Atkinson waved play on.

Southampton’s high defensive line continued to cause them problems after the break with Jannik Vestergaard heading away Ben Godfrey’s goalbound shot at another free-kick.

But Everton failed to press home their advantage – Richarlison’s goal was their only shot on target – and could easily have conceded an equaliser in the final seven minutes.

Midfielder Djenepo, switched to right-back in a tactical change, fired wide before Jordan Pickford dived at the feet of Vestergaard to prevent a certain equaliser.