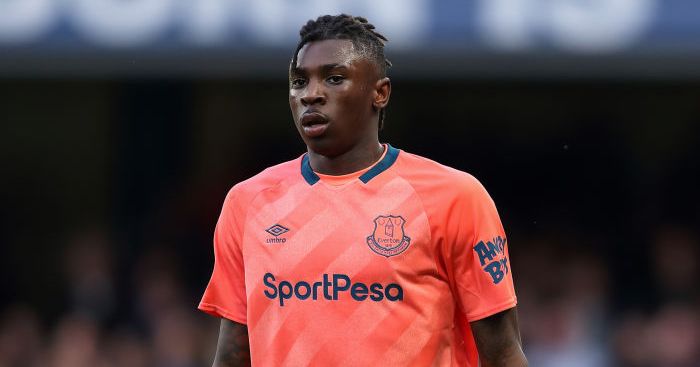 Everton forward Moise Kean’s loan deal to PSG does not include an option to buy – the French side’s director, Leonardo Araújo, has confirmed.

The 20-year-old came through Juventus’ academy before making his professional debut for them during the 2016/17 season.

He spent a season on loan with Hellas Verona in 2017/18, before he asserted himself in Juve’s first team the season after.

F365 Features: Alisson tied with Kepa as keepers ranked by save percentage

Kean scored seven goals in just 17 appearances for them. The forward made the move to Everton ahead of the 2019/20 campaign. He joined the Merseyside outfit for around €27.5m plus add-ons.

His debut season for the Toffees did not go to plan, as he only scored twice for them from his 33 outings in all competitions.

The Italian joined PSG on a season-long loan in October. He has hit the ground running for the French giants, scoring five times from his seven appearances so far this campaign.

Given how well he has done so far, PSG will be eager to sign him permanently in the summer. This will not be easy though, as the loan deal does not include an option to buy.

Everton insisted that this would not be the case, so they have the power in any future negotiation for the player.

PSG’s director Leonardo confirmed this information in a recent chat with supporters on their official Twitter page:

“There is no purchase option for Moise Kean. It would, unfortunately, be very high. He is an excellent player, whom we have been following for a while, a very powerful player!

“In England, it’s different. Normally, you make loans with an option to buy. But if we had put one in, it would have been so high that we could not have lifted it.

“It should have been renegotiated.”