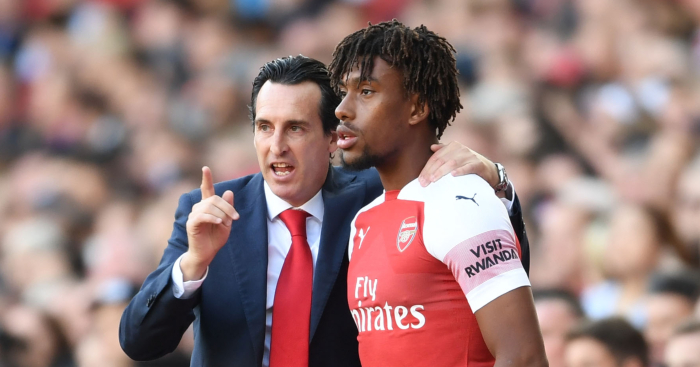 Everton have reportedly made offers for two Premier League players, with a £30m bid tabled for Arsenal winger Alex Iwobi while they have made an approach for Manchester United defender Chris Smalling.

The Toffees have reacted quickly to Crystal Palace’s refusal to sell Wilfried Zaha with two quick moves in the market.

Palace chairman Steve Parish has made it clear he wants forward Zaha to stay and he is believed to have have rejected Everton’s offer of £70million-plus Cenk Tosun and James McCarthy.

McCarthy incidentally is expected to sign for Palace in a deal worth £8.5m, but Zaha will not be heading out of Selhurst Park.

That has led Everton to go for Arsenal‘s Iwobi, who may see his game time diminished this season after the arrival of Nicolas Pepe at The Emirates.

TalkSPORT report that Everton have lodged the substantial bid for Iwobi, who recently hit out at reports claiming he was thinking of quitting the Gunners.

Meanwhile, various Sky Sports journalists report that that the Toffees have had a season-long loan bid for United defender Smalling rejected.

Everton are looking to add a defender and they were under the impression that the arrival of Harry Maguire may persuade Ole Gunnar Solskjaer to allow Smalling to leave.

However, it’s understood Solskjaer sees Smalling as one of his key centre-back options alongside Maguire and Victor Lindelof.