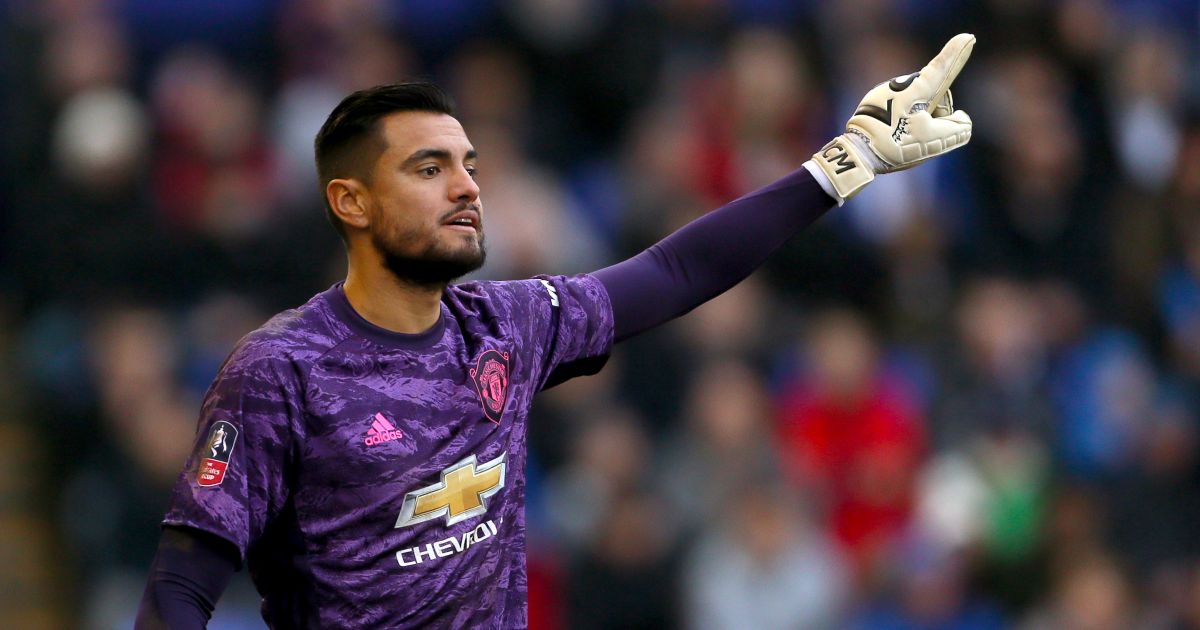 Everton are reportedly set to revisit their interest in Sergio Romero this summer after the goalkeeper was released by Man Utd.

The former Argentina international was one of eight players released by the Red Devils at the end of the season.

In six seasons at Old Trafford, Romero only managed to make seven Premier League appearances with none of those coming in the last three campaigns.

With Dean Henderson returning from a loan spell at Sheffield United, Romero failed to play any matches last term as the England international competed with David de Gea for the number one spot.

Despite confirming Romero was free to leave the club in January, Ole Gunnar Solskjaer couldn’t shift the former Sampdoria man.

Romero will now have an important decision to make on his next club with Football Insider claiming the 34-year-old is ‘weighing up an offer to join Everton amid competing interest from top European clubs’.

They say that Romero was let go at Man Utd ‘following a fall-out with’ Solskjaer and now the Toffees have ‘offered a lucrative contract to Romero as they look to win the race for his signature’.

Everton are looking for a ‘proven back-up to long-established number one Jordan Pickford’ and will try and sign Romero again after attempting to bring him to Goodison Park on loan a year ago.

Romero ‘was left furious that he was not granted the transfer he wanted’ and ‘rowed with the United management team behind the scenes last summer’.

The Athletic broke Everton’s renewed interest a couple of days ago with Everton uncertain over the return of Robin Olsen, who spent the season on loan from Serie A side Roma.

Everton will ‘face competition for his signature from Juventus and Celta Vigo’ but ‘staying in the Premier League is said to appeal to him’.

After his departure from Man Utd was announced earlier this month, De Gea reacted to the news by posting a good luck message on Instagram.

He wrote: “Good luck, Chiqui! I wish you success, my friend. You deserve to be treated well in your new challenge. Enjoy.”