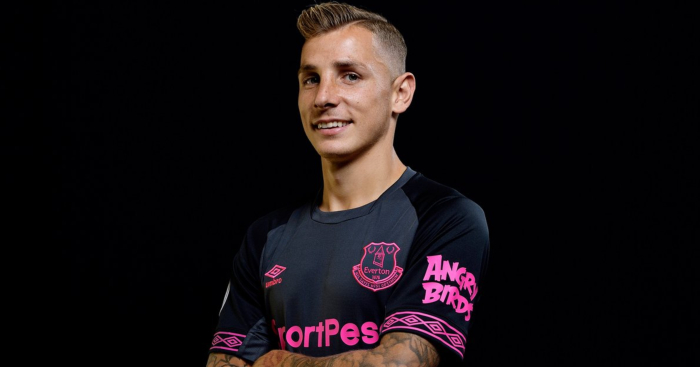 Marco Silva has explained his reasoning for bringing Lucas Digne to Everton.

The France defender has signed a five-year deal at Goodison Park after completing his move from Barcelona.

Left-back was a problem position for Everton last season, with stalwart Leighton Baines missing a big chunk of the campaign through injury and Cuco Martina playing out of position as cover.

Digne is known as a player who loves to get forward and he has been capped 21 times by France, although he missed out on their World Cup-winning squad.

Everton boss Marco Silva said: “It is important to say that he is a player who, from the first moment he was contacted, showed enormous desire to play at Everton.

“He is a high-quality player, aggressive, with good technical ability and in the past five seasons he has played two years at Paris St Germain, one in Roma and for the past two seasons he has demonstrated his clear quality in Barcelona.

“Lucas is a player who will add competitiveness in a position where we only had Leighton Baines last season and he is accustomed to winning. This is his mentality having captured titles in his career and having these on his resume.”