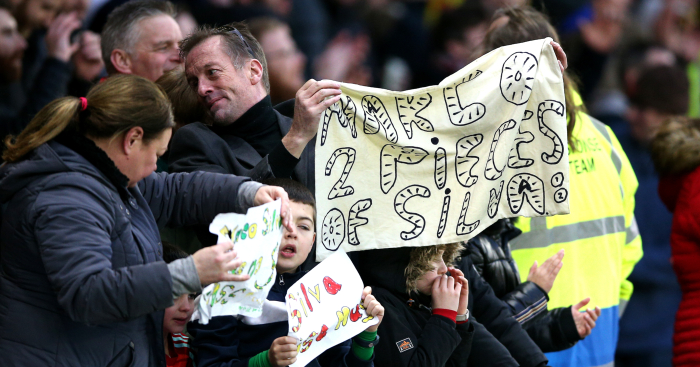 Marco Silva has applauded former club Watford for creating a fiery atmosphere on his return to Vicarage Road.

Silva, whose position as Everton manager is under mounting scrutiny after Watford consigned his side to their third consecutive Premier League defeat, was given a hostile reception on Saturday.

First, Hornets club captain Troy Deeney stoked the fire by calling on his team-mates to “kick the s***” out of Everton.

Then, Al Wilson’s 1960s classic, ‘The Snake’, was among Watford’s pre-match song selection at Vicarage Road.

Silva, who was sacked by Watford 13 months ago amid suggestions he had attempted to engineer a move to Everton, also faced a series of derogatory chants from the home supporters.

“It was clear the strategy during the week and for sure it was not a players’ strategy or a manager’s strategy,” said Silva. “It was something more than that.

“To be honest with you, my opinion is that it was a good strategy when you create something for everyone to all go in one way.

“Eighty to 90 per cent of the people don’t really know the truth – what I am telling you is that I was really welcomed by the people who know me and my work at this club – all of them.

“To know more or less the truth is what is important to me.”