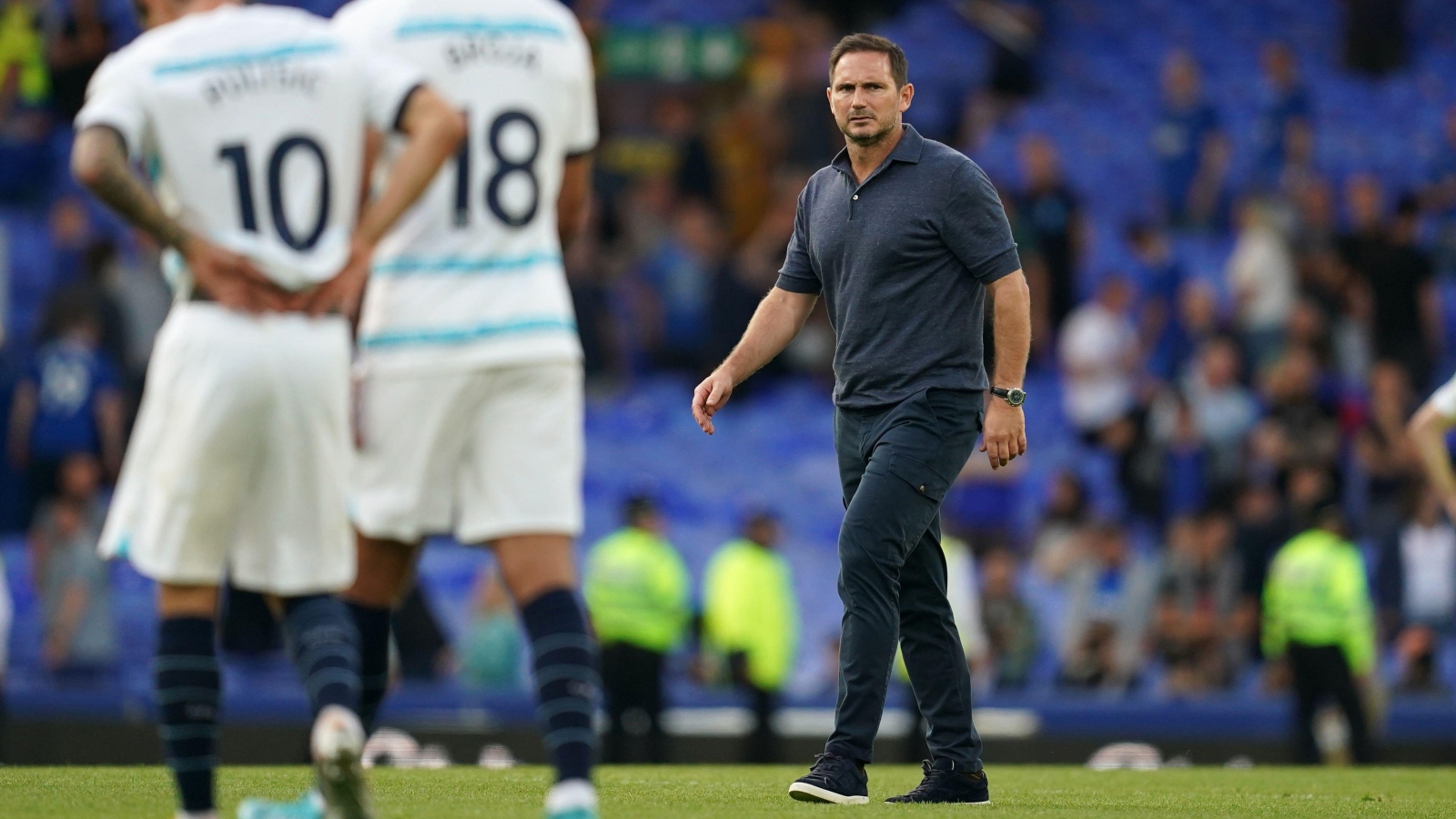 Everton are hoping to sign Chelsea’s Armando Broja, but Frank Lampard has three other strikers on his shortlist, according to reports.

Dominic Calvert-Lewin was ruled out for several months after sustaining an injury before the start of the Premier League season.

The England striker missed a large chunk of 2021/22 through injury and struggled in front of goal after returning to the starting XI.

Lampard was without Salomon Rondon for his side’s league opener against Chelsea, with the Venezuelan suspended, so did not name an out-and-out striker for the match against his former club.

Rondon returned for Saturday’s defeat at Aston Villa but was named as a substitute with the Toffees boss once again starting Anthony Gordon, Dwight McNeil and Demarai Gray.

Signing a new striker is a huge priority for Lampard before the transfer window slams shut on August 31.

Everton have been linked with a number of players in recent weeks, including Chelsea’s Armando Broja – who spent last term on loan with Southampton.

Thomas Tuchel is a big fan of the Albanian forward and is believed to be against the idea of selling him this summer.

Broja is the Blues’ only out-and-out striker in the first team, yet Tuchel has not started him this term and is reportedly prioritising the signing of Pierre-Emerick Aubameyang.

With the 20-year-old unlikely to start ahead of Kai Havertz in the Premier League and expected to fall even further down the pecking order should a new striker join in the coming weeks, Broja could potentially ask to leave the club.

This would work for Everton, who have made Broja their “first-choice option”, according to Sky Sports.

There has been “little progress in negotiations” and Lampard is eyeing up alternative options as a result.

However, Blackburn are not interested in selling the Chilean striker for that price.

Brereton Diaz scored 22 goals in 37 Championship matches last term but Rovers’ promotion push was derailed by an injury to their star striker.

The 23-year-old has already scored twice this campaign with his side top of the Championship with three wins out of three.

He is out of contract in less than 12 months, so a decent offer could tempt the Lancashire club into selling the player.

Lampard wants a “proven goalscorer” and is also “interested” in signing Coventry City’s Viktor Gyokeres and Brighton’s Neal Maupay – who has also been linked with Nottingham Forest.

Brighton appear to be open to selling the French striker for around £15m.