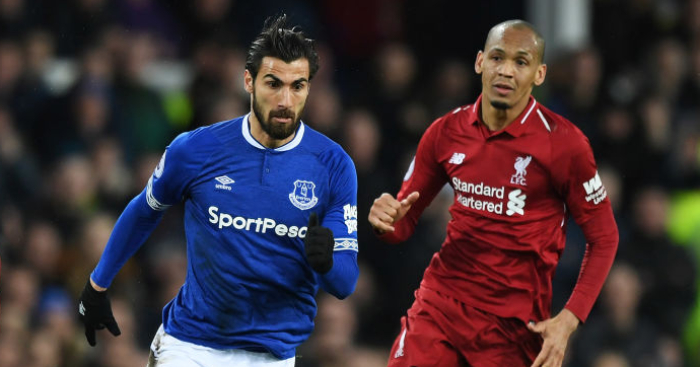 Everton boss Marco Silva has seemingly confirmed that discussions are underway to try and sign Andre Gomes permanently this summer.

The on-loan Barcelona midfielder has been superb for Everton in their engine room this season and his form has alerted other clubs of his capabilities.

Silva has always claimed the club would do all they could to try and sign Gomes permanently, but Tottenham are also understood to be pursuing the player, while links to Arsenal and Liverpool also emerged recently.

It has recently been claimed by the Spanish media that Tottenham will make a €30million offer for Gomes in the summer in an attempt to prize him from the Toffees’ grasp.

Silva though is doing his best to convince the 25-year-old that his future is at Goodison Park.

“We have to do some also, it is not finished,” Silva told the Liverpool Echo.

“Andre’s future we keep open, and not just Andre but Zouma also.

“But you asked me about Andre. His future is open and it is up to us the best we can do to sign him.”

Asked if talks had opened up between Everton and Barcelona, he said: “I don’t know all the details but I think we already started to do something.”