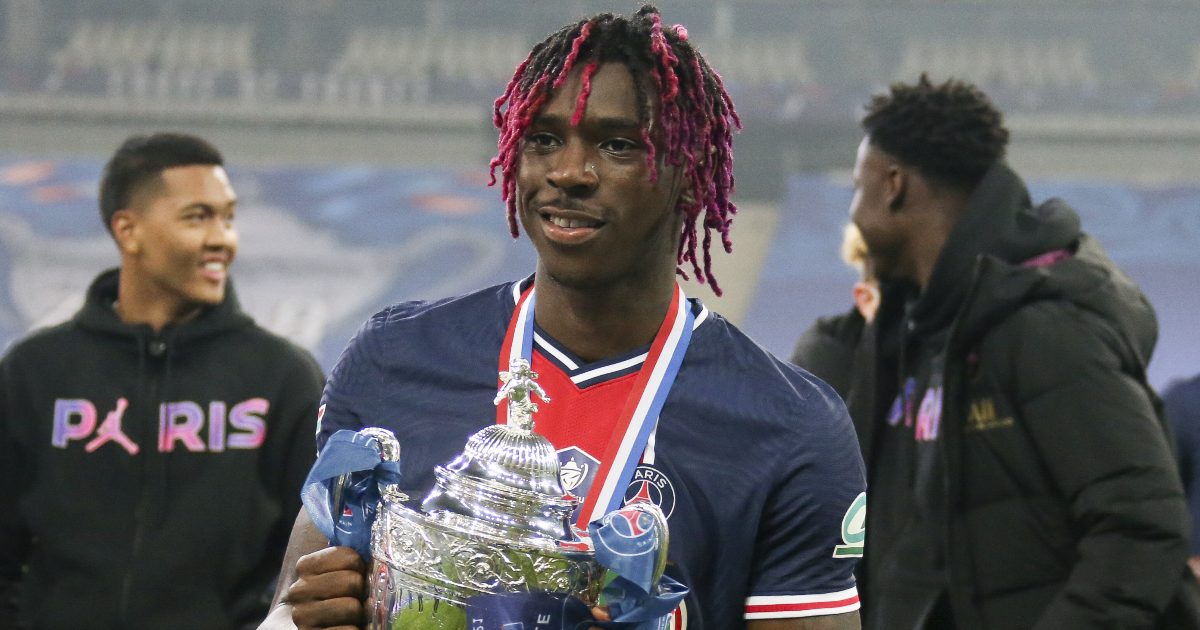 Kevin Campbell has suggested that despite not “finding his feet” with Everton, they can “make a premium” selling Moise Kean to PSG.

Kean signed for Everton for €27.5m plus add-ons in 2019 from Juventus. He was unable to hit the ground running in the Premier League as he only scored twice in the top flight from his 29 outings.

The 21-year-old was sent out on loan to PSG for the entire 2020/21 campaign. He returned to form for the French giants as he bagged 17 goals from his 41 outings across all competitions.

PSG are keen to keep Kean. They have requested a loan extension for the forward.

Campbell has told Goodison News (as cited by the Liverpool Echo) that Everton will make “good money” for Kean:

“It’s typical really, a young player coming into the Premier League who can’t find his feet.

“He looked the business in Italy, came over here and can’t do the job, but on loan at Paris Saint-Germain, he’s ripping it up.

“He scored plenty of goals, but it’s unfortunate for Everton. The money is good, they have deep pockets so you make a premium on a player who didn’t quite work out.”