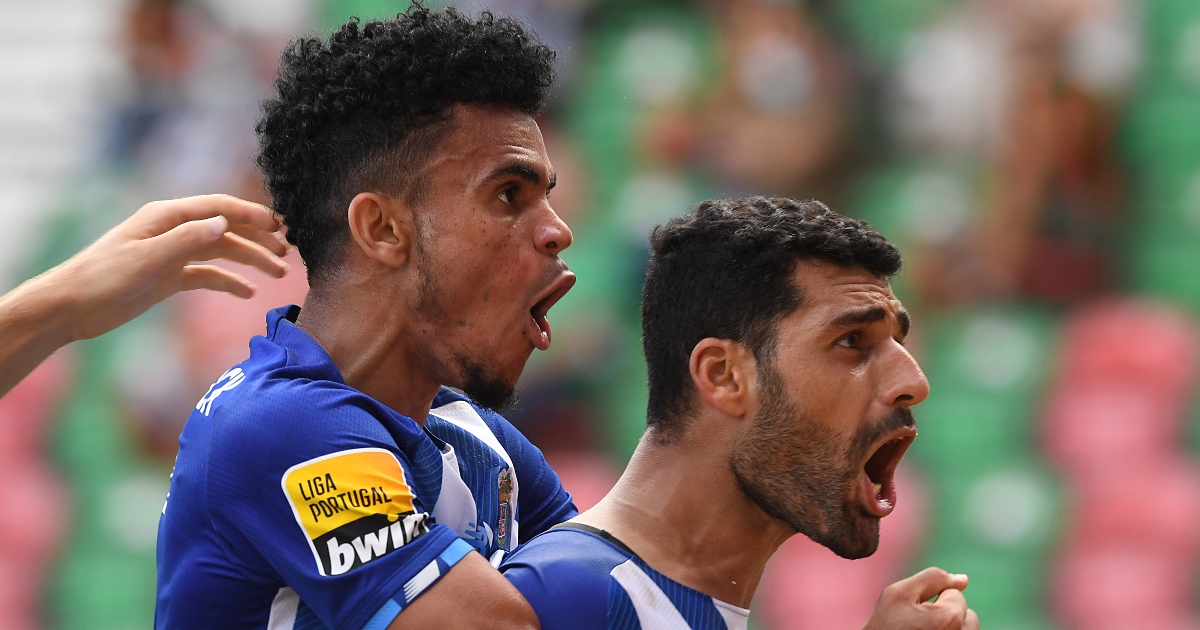 Everton are in talks to sign FC Porto winger Luis Diaz with James Rodriguez rumoured to go the other way in a loan deal, according to reports.

Rodriguez and Diaz are international teammates, with the latter bagging a brace as Colombia beat Peru in the Copa America third-place match this summer.

Diaz has 26 goals for Porto in 99 appearances and has some Champions League and Europa League experience.

James, on the other hand, has become an Everton outcast under new boss Rafa Benitez.

Benitez was unwilling to comment on James’ future, saying: “We have some players that people know are good players and they are players people could be talking about.

“There are rumours but as coaches we have to concentrate on what we have. We have our players here, we have an important game against Brighton and we will try to do our best to be sure we are ready.”

And a possible destination for the 30-year-old could be his former club.

He would join the Portuguese giants on loan, with Diaz moving to Goodison Park in a permanent transfer, says Sky Sports.

However, Porto boss Sergio Conceicao has suggested his player will stay at the club:

“Luis Diaz and (the similarly exit-linked Mateus) Uribe will play on the 9th of September and the game with Sporting is on the 11th,” he told O Jogo.

“For now, things are very calm. But you never know what might happen until the last day.”

Everton travel to the Amex Stadium on Saturday as they face Brighton in their third Premier League match of the season and Benitez knows they will come up against a good side.

Benitez said: “I think they are doing well. They know each other really well, they are dangerous at set pieces – it’s a good team. They play with a lot of confidence and hopefully we can be strong together, challenge and get a result.”

The Spaniard has been encouraged this week with news that some of his squad will be fit again soon. On injury news, Benitez added: “We have some players coming back. Delph, for example, has a problem with his shoulder. Still we have a training session, so we’ll train later on and have more information.”