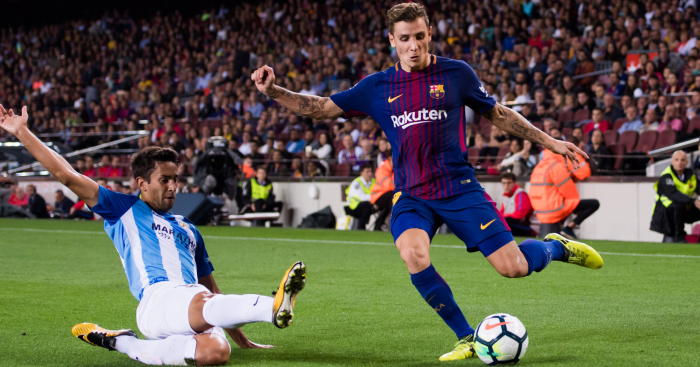 Everton are reportedly discussing a deal with Barcelona for left-back Lucas Digne.

New Toffees boss Marco Silva is yet to make a signing since taking over at Goodison Park, but an agreement worth around £40million for Watford attacker Richarlison is said to be close.

Silva has also been linked with a move for Colombia centre-half Yerry Mina, as well as Wilfried Zaha, Ruben Loftus-Cheek, Michy Batshuayi and Danny Welbeck.

While negotiating with Barcelona over Mina, Mundo Deportivo claims Everton are also discussing a move for Digne.

It is reported the clubs are in “constant contact” over the former PSG full-back, who moved to the Nou Camp in 2016 for an initial fee of £13.8million.