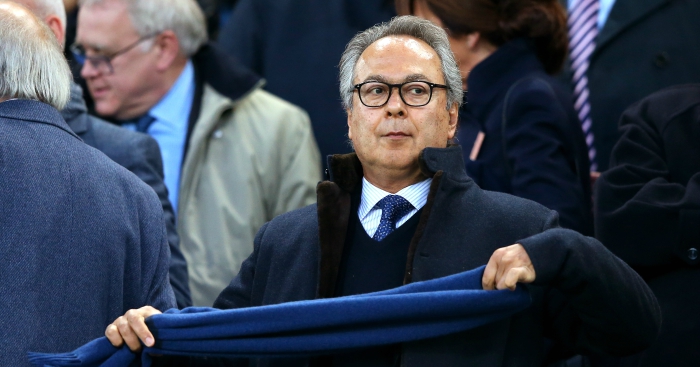 Everton majority shareholder Farhad Moshiri has promised to stop speaking to Sky Sports presenter Jim White when he is “upset” at night.

Moshiri has been criticised for seemingly using White as a media mouthpiece in the past, releasing information to him before it becomes public knowledge.

White broke news of Sam Allardyce’s appointment as Everton manager before the club, with the Sky Sports presenter saying Moshiri had confirmed it to him.

Moshiri was quizzed over their relationship by supporters at Everton’s Annual General Meeting on Tuesday, and explained the situation.

“As it happens, Jim White is a friend of mine,” he said.

“Sometimes late at night he calls me, sometimes there’s no caller ID and I think it’s Bill.

“And then if we’ve had a bad game and I’m upset he gets to me and he gets something out of me.

“All the conversations are between two friends, they shouldn’t appear on Sky but that’s the world we live in.”