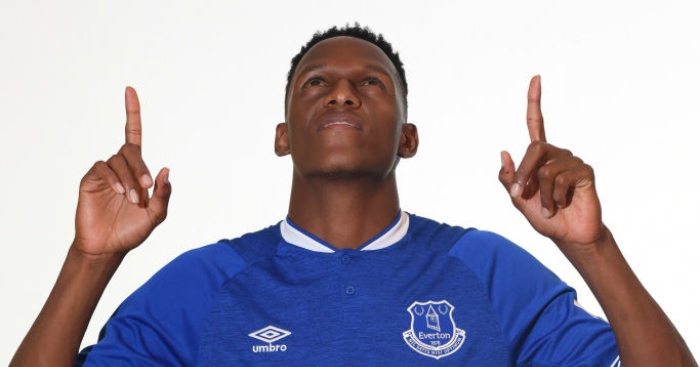 Everton director of football Marcel Brands has lifted the lid on the signing of Yerry Mina.

Everton finally captured Mina from Barcelona on deadline day last week after chasing the centre-half throughout the summer.

The Toffees were thought to be locked in a battle with Manchester United to sign the Colombian, eventually winning out in a £27.19m deal.

United claimed to have pulled out of the running due to escalating agent fees, but Brands has denied those claims.

“No, no, it was really simple behind the scenes,” he told The Guardian when asked if a premium had been paid.

“I put the offer in and Barcelona asked for a totally different amount that we would never have paid. Then they said: ‘OK, we will wait until the end of the market.’

“We never changed our offer. That was a bit of a gamble because everyone was writing about Man United [wanting Mina] and Barcelona used that, agents used that, everyone used it.

“I don’t know exactly if Man United were in. The player said constantly to me: ‘I want to go to Everton’. That was a great thing for us but you never know if Man United comes in and offers an extra £150,000 a week – every player would like to do that.

“I don’t know exactly the situation with Man United but of course Barcelona used it. They said to me: ‘Man Utd are coming in’. I don’t know if they did but I took a bit of a risk with that. That’s why we were also keen on back-ups, you never know, but after the weekend before the market closed I had a confident feeling about it.

“I went to Barcelona twice at the end of June or beginning of July to speak about a few Barcelona players because Digne was on our list and Mina was on our list. They told me about the other players who it was maybe possible to get.

“I asked about Gomes and they said no, he was only for sale. I knew the price and it was not possible for us so we left that. In the end, he got injured in pre-season and we started talking about him again.

“I asked Marco to talk with him because he knows him very well and the player was enthusiastic about it. I went back to Barcelona and asked if there was a possibility of getting him on loan. At first they were not so happy with that but in the end they came back and said maybe it could be an option.”