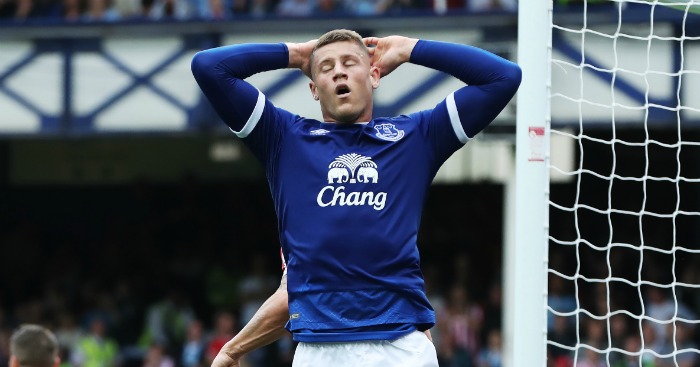 Ross Barkley rejected a deadline day move to Chelsea because he “wanted to reconsider his position” at Everton in January.

Barkley was set to join the Premier League champions in a deal worth around £35million, but reportedly changed his mind during a medical.

The midfielder has 12 months remaining on his Goodison Park contract and was at the centre of a tug of war between the Blues and Tottenham, but will spend at least the next four months on Merseyside.

“Personal terms were agreed, but after the medical we heard from Paul Martin, Ross Barkley’s agent, that he changed his mind.

“And he wanted to reconsider his position during the January window.

That is the latest we have been advised.

“He is currently injured so technically he will be with us because he is under contract for another year.

“It is a big surprise but that is football.

“The No 10 position is very congested as we have [Gylfi] Sigurdsson, [Davy] Klaasen and [Wayne] Rooney.

“It is not easy to break into that now but he is a good player, he is a world class player but he needs to play.”