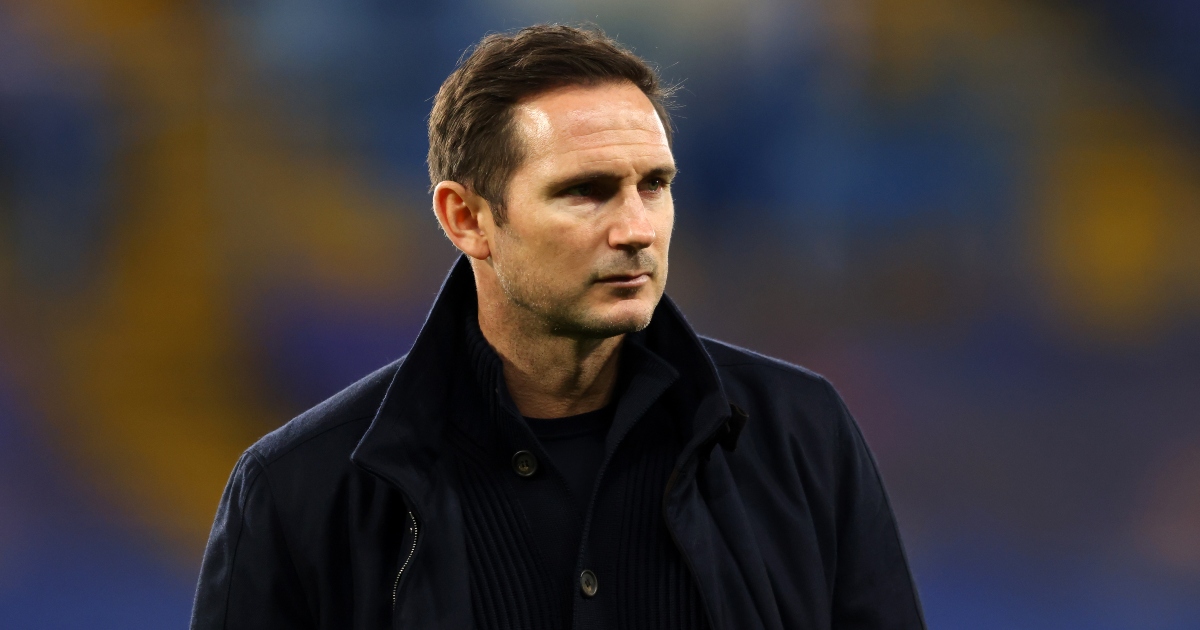 Former Liverpool boss Benitez was sacked in January after a number of poor performances and results saw the Toffees slip into a relegation battle.

Ex-Everton Roberto Martinez was initially linked with the job, however, the Belgium FA refused to let their manager speak to the club.

Former Porto manager Vitor Pereira was also rumoured to be in the running, having previously been up for the role on two previous occasions.

Everton legend Duncan Ferguson was put in interim charge and was interviewed for the vacant position, alongside Pereira and Lampard.

The board then came to the agreement to appoint former Derby and Chelsea boss Lampard as Benitez’ successor, a decision that looks to be popular with the Everton fans who had voiced their anger towards the possible move for Pereira.

Lampard will take charge of his first game against Brentford on Saturday as the two sides face off in FA Cup fourth round action.

Speaking in the Everton programme (via Liverpool Echo) ahead of Lampard’s first game, Everton chief Barrett-Baxendale said: “The appointment of Frank Lampard as our new manager was the culmination of an extensive recruitment process.

“A legend of the Premier League and, indeed, the English game, it has been clear throughout our meetings and discussions that there are still some great moments to be written in his footballing story.

“As a coach, he has demonstrated to us that his vision, ambition and footballing principles are clearly aligned with our own.

“He proved at both Derby County and Chelsea that, as a manager, he is willing to make difficult decisions, give youth an opportunity to shine and build dynamic and exciting teams.

“As a coach, he is modern, astute and forward-thinking – but with a philosophy built on the traditions of endeavour, camaraderie and bravery that complement Everton’s DNA.

“Frank fits everything we are looking for as we build for the future – and as we seek to immediately improve our form and results in the second half of our season.

“Having interviewed several candidates as part of a tiered and cohesive recruitment process, Frank was the clear choice to take the helm. We know Evertonians will give him their full backing.”