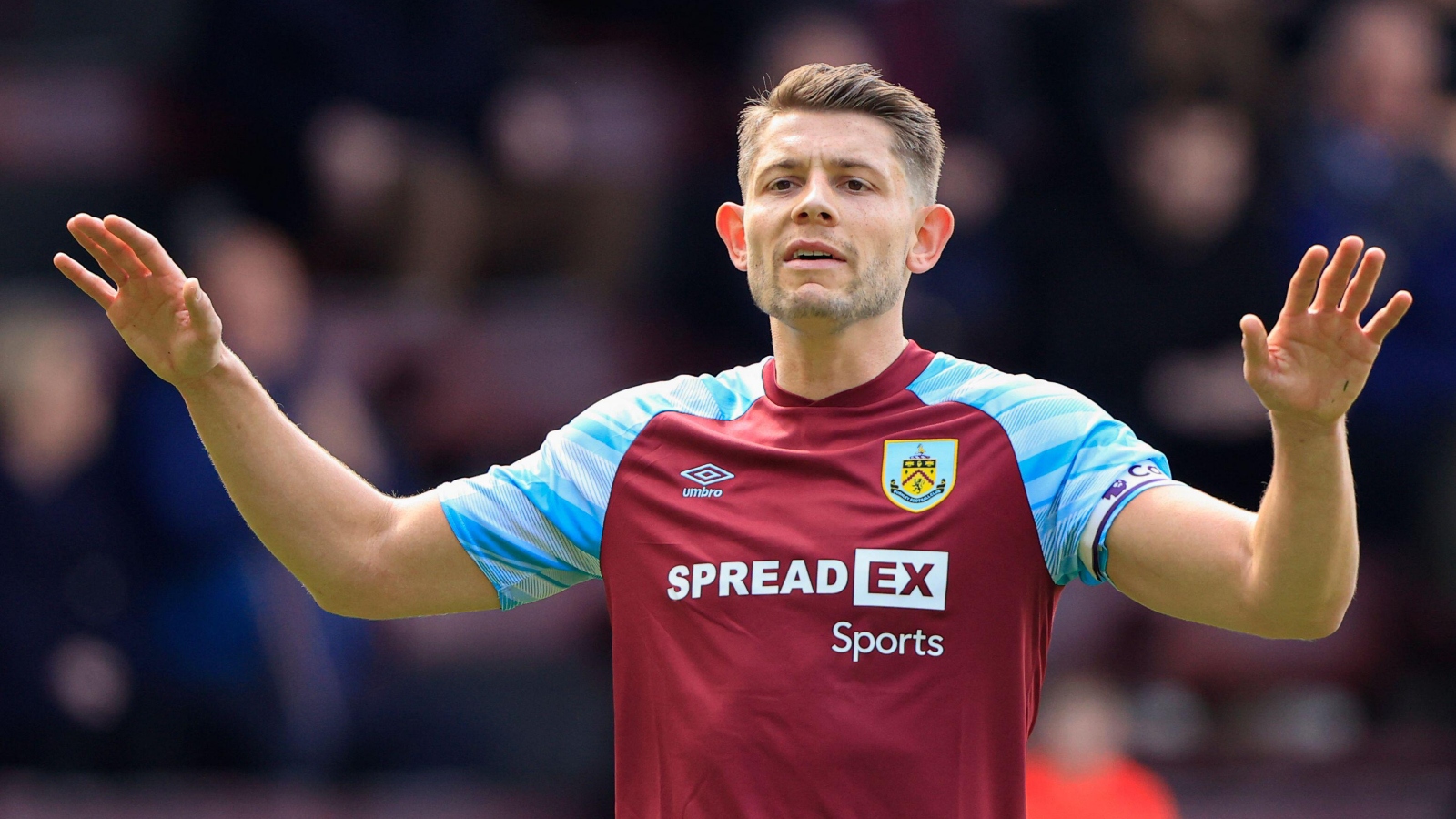 Everton have confirmed the signing of James Tarkowski on a free transfer following the expiry of his Burnley contract.

The 29-year-old’s arrival had been anticipated after his contract at Turf Moor expired on Thursday, and he has now signed a four-year deal at Goodison Park.

“I’m excited to have joined Everton,” said the twice-capped England defender. “It’s a massive club. I’m really looking forward to the years ahead and I’m thankful for the opportunity that I’ve been given.”

Everton, who have posted cumulative losses of more than £370million over the last three financial years, have needed to wait to begin their summer transfer business, but brought in vital funds with the sale of Richarlison to Tottenham earlier this week.

In Tarkowski, they have landed a defender who formed a strong partnership with Ben Mee during his six seasons at Burnley, where he made 194 Premier League appearances after signing from Brentford.

Though he could not avoid the drop with the Clarets last term, Tarkowski ranked first in the Premier League for both clearances and shots blocked, and was second for aerial duels won.

First signing of the summer: ✅ pic.twitter.com/Zy3Jg2jGq2

Frank Lampard will hope Tarkowski can now help fix an Everton defence that conceded the fifth-highest number of goals last term as the Toffees found themselves in a relegation battle until the final week of the season.

“I think the manager (Lampard) recognised my strengths, saw how I could fit into his system and hopefully improve the team,” Tarkowski added. “He also saw my character and leadership skills – that what I can bring to a group will be good and positive.

“First and foremost, I’m a defender. That part of my game is something I’ve really worked on the past few years to become the best defender possible.

“I want to bring that to the team, but I also feel like I’m a good football player. I can move the ball well, I can pass, I can attack the ball in the other box, so I feel like I’ve got myself in a good place to be successful at a club like Everton.”

Toffees director of football Kevin Thelwell said: “We are delighted to welcome a player of James’ quality to Everton and believe he will be an excellent addition to our squad.

“The statistics show that James has consistently been one of the Premier League’s most reliable defenders in recent years. Added to his playing attributes, his excellent leadership skills and experience will be a huge benefit, too.”