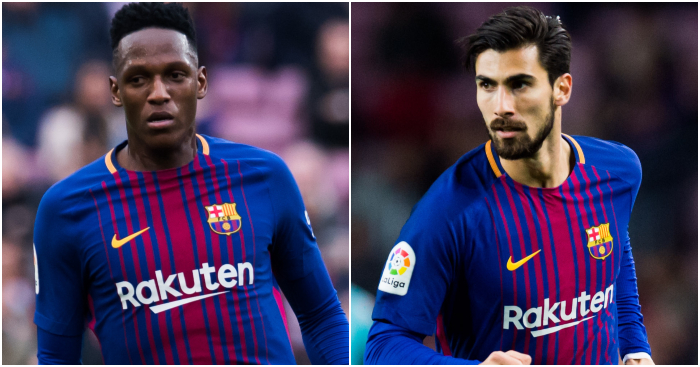 Everton have agreed a deal to sign Yerry Mina on a permanent deal while Andre Gomes also moves to Goodison Park on loan.

Colombia centre-back Mina has joined the Toffees for a fee which could reach £28.5million, with the Toffees paying £27.2million up front and another £1.34million possibly due in add-ons.

Barca have also retained a buy-back option on the 23-year-old.

Following Mina to Merseyside is midfielder Gomes, who becomes the third player to swap the Nou Camp for Goodison Park this summer.

Everton will pay £2.02million to borrow the Portugal international for the season, with the Toffees covering the entire cost of his salary.

Those announcements were made shortly after it was confirmed that Bernard had joined the club on a four-year deal.