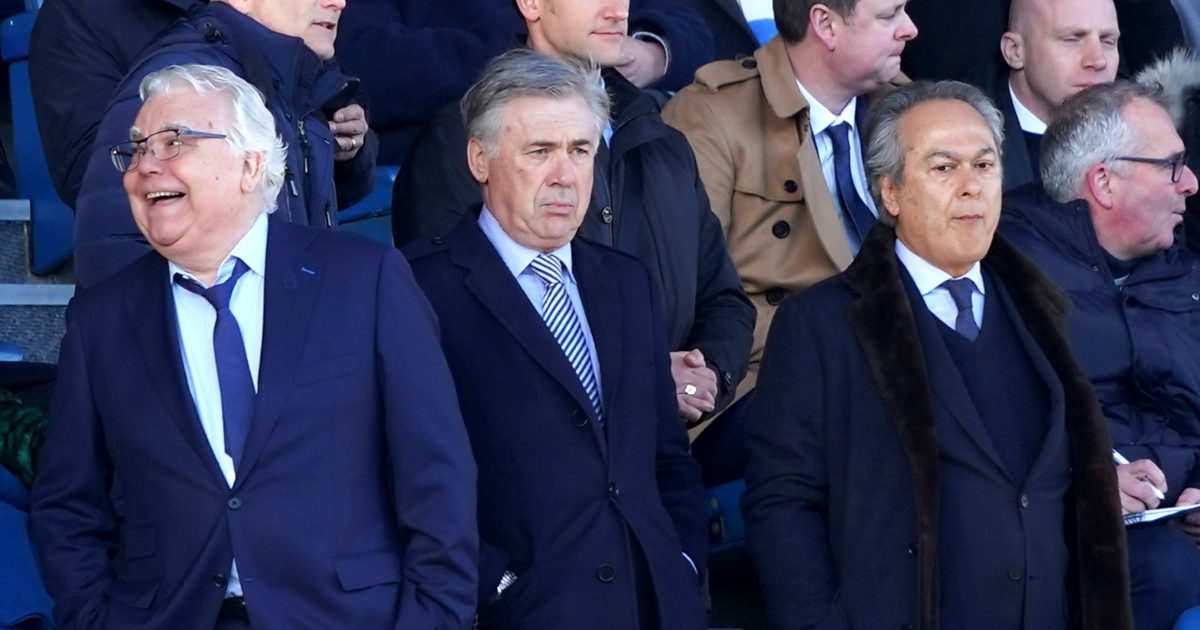 Everton have sent a damning response to the ‘Big Six’ for their European Super League plans, accusing them of ‘preposterous arrogance’.

On Sunday, news emerged that 12 teams across Europe were intent on breaking away and forming a new European competition.

Those clubs, alongside their European counterparts, have received massive backlash from the football community.

The other 14 Premier League clubs are scheduled to discuss the plans in a meeting on Tuesday morning.

Prior to that, Everton have issued a statement regarding the European Super League and the involvement of their top flight rivals.

It says: “Everton is saddened and disappointed to see proposals of a breakaway league pushed forward by six clubs.

“Six clubs acting entirely in their own interests. Six clubs tarnishing the reputation of our league and the game.

“Six clubs choosing to disrespect every other club with whom they sit around the Premier League table.

“Six clubs taking for granted and even betraying the majority of football supporters across our country and beyond.

GET ALL YOUR EVERTON MERCHANDISE HERE – DISCOUNTS AVAILABLE

“At this time of national and international crisis – and a defining period for our game – clubs should be working together collaboratively with the ideals of our game and its supporters uppermost.

“Instead, these clubs have been secretly conspiring to break away from a football pyramid that has served them so well.

“And in that Pyramid Everton salutes every club, be it Leicester City, Accrington Stanley, Gillingham, Lincoln City, Morecambe, Southend United, Notts County and the rest who have, with their very being, enriched the lives of their supporters throughout the game’s history. And vice versa.

“The self-proclaimed Super Six appear intent on disenfranchising supporters across the game – including their own – by putting the very structure that underpins the game we love under threat.

“The backlash is understandable and deserved – and has to be listened to.

“This preposterous arrogance is not wanted anywhere in football outside of the clubs that have drafted this plan.

“On behalf of everyone associated with Everton, we respectfully ask that the proposals are immediately withdrawn and that the private meetings and subversive practises that have brought our beautiful game to possibly its lowest ever position in terms of trust end now.

“Finally we would ask the owners, chairmen, and Board members of the six clubs to remember the privileged position they hold – not only as custodians of their clubs but also custodians of the game. The responsibility they carry should be taken seriously.

“We urge them all to consider what they wish their legacy to be.”