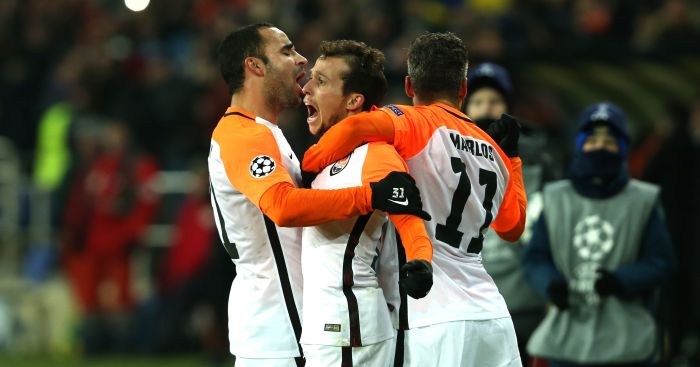 Premier League side Everton have announced the signing of Brazil winger Bernard, on a four-year deal.

Reports suggest that Bernard could be paid as much as £150,000-a-week with the player signing a four-year deal with the Merseysiders.

The Brazil international left Shakhtar Donetsk at the end of last season following the expiration of his contract.

Chelsea, West Ham and Inter Milan were all credited with an interest in Bernard before Everton landed the 25-year-old.

And Bernard can’t wait to get going at Goodison Park and is looking forward to working with manager Marco Silva.

“I chose Everton because of all the things I had heard about Marco Silva and after speaking to him I was happy with what he said to me,” Bernard told evertontv.

“The manager made me feel confident about playing here. He is a very good coach and he has achieved really good things at other clubs.

“Everton is a club with a great structure and a lot of tradition, historically the fourth most successful club in England. When I found out about this opportunity and what the manager wanted out of me I was happy.

“That is why I made my choice, because of the confidence both the manager and the Club showed in me.

“I did not need any convincing to come here. I believe I will be able to show my best as a player here.”