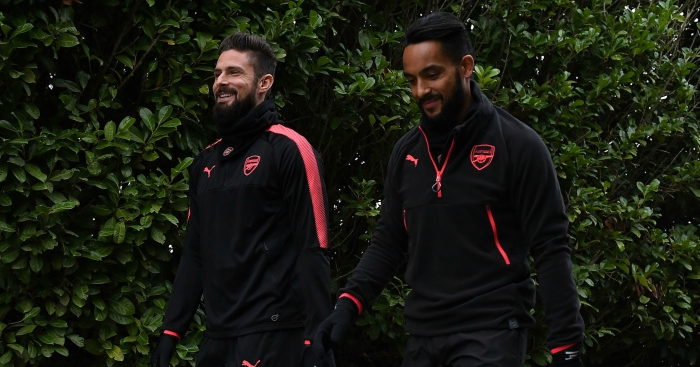 Sam Allardyce has confirmed that Everton are “in negotiations” with Arsenal to sign Theo Walcott.

Walcott has emerged as a January target for both Everton and Southampton, with both clubs looking to add pace to their strikeforce.

The 28-year-old has played just 49 minutes in the Premier League this season, and has been consigned to Europa League duty more often than not.

After making nine starts in all competitions this season, he is believed to want to leave Arsenal after 12 years, with a £20m price tag on his head.

“You’re all aware of our interest in Theo Walcott. If that can all be sorted out, which is difficult, then he’d be a great addition.

“Some negotiations are going on. [The deal] is permanent, I don’t think there’s any chance of a loan.

“We’ll wait and see. I’ll be very excited and enthused – if it’s not Theo – if somebody has signed on the dotted line.

“You don’t get optimistic because so many things can happen in such a short space of time. You never get excited until someone has signed on the dotted line.

“It’s essential we trim the squad if we’re to bring more players in to adjust the balance of the squad and adjust the numbers.

“We’d be open to offers for a number of our players. We’ve had a number of enquiries but none of those enquiries have hit where our valuation might be.”