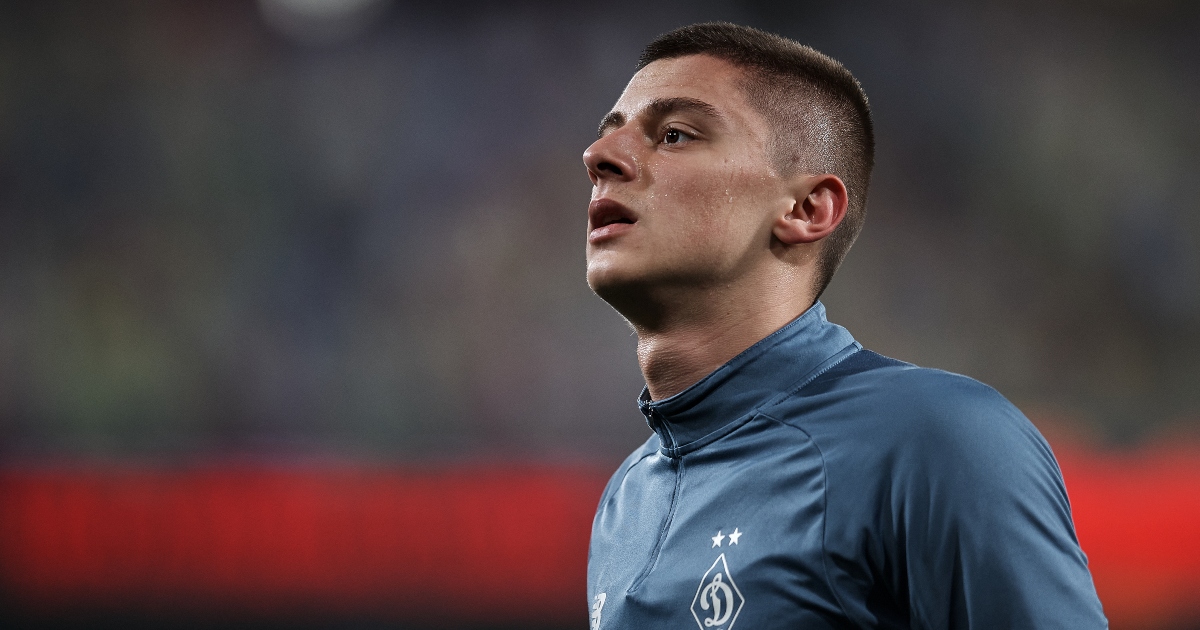 Everton have confirmed the signing of Ukraine defender Vitaliy Mykolenko from Dynamo Kiev on a long-term contract.

The 22-year-old left-back, who has won 21 caps for his country, has signed a four-year deal keeping him at Goodison Park until June 2026.

Mykolenko told Everton TV: “I have always dreamed of playing in the Premier League. English football is where the game was born and I think that it will suit my game very well.

“I am 22 but I don’t feel like a youngster. I have experience of playing at European level and hope I will continue to improve as a player.

“I am excited about the opportunity of playing in front of our supporters at Everton. I have seen the last few games at Goodison Park and they were unbelievable.”

Mykolenko, who becomes Rafael Benitez’s sixth signing for the club, brings a wealth of experience having played in the Champions League as well as reaching the quarter-finals of Euro 2020.

He can also operate in central defence and is expected to replace Lucas Digne, who has fallen out of favour with Benitez in recent weeks and has been strongly linked with Brighton and Chelsea.

Elsewhere, Trevor Sinclair has told “disrespectful” Romelu Lukaku to apologise to Chelsea fans after his comments about Inter Milan.

The Belgium striker has scored seven times in a season hampered by injury and Covid-19, following his £97.5million move from Inter last summer.

Speaking to Sky Sport Italia, Lukaku said: “After two years in Italy, in which I worked a lot at Inter with trainers and nutritionists, I am physically fine.

Despite his comments, it has been reported that the interview was conducted several weeks ago and Lukaku has since talked through his differences with the manager.

Former England international Sinclair was surprised by the comments and has urged Lukaku to apologise to the Chelsea supporters.

“I think that’s so disrespectful to the Chelsea manager. I’d be astounded if he hadn’t had a conversation with Thomas Tuchel about this.”