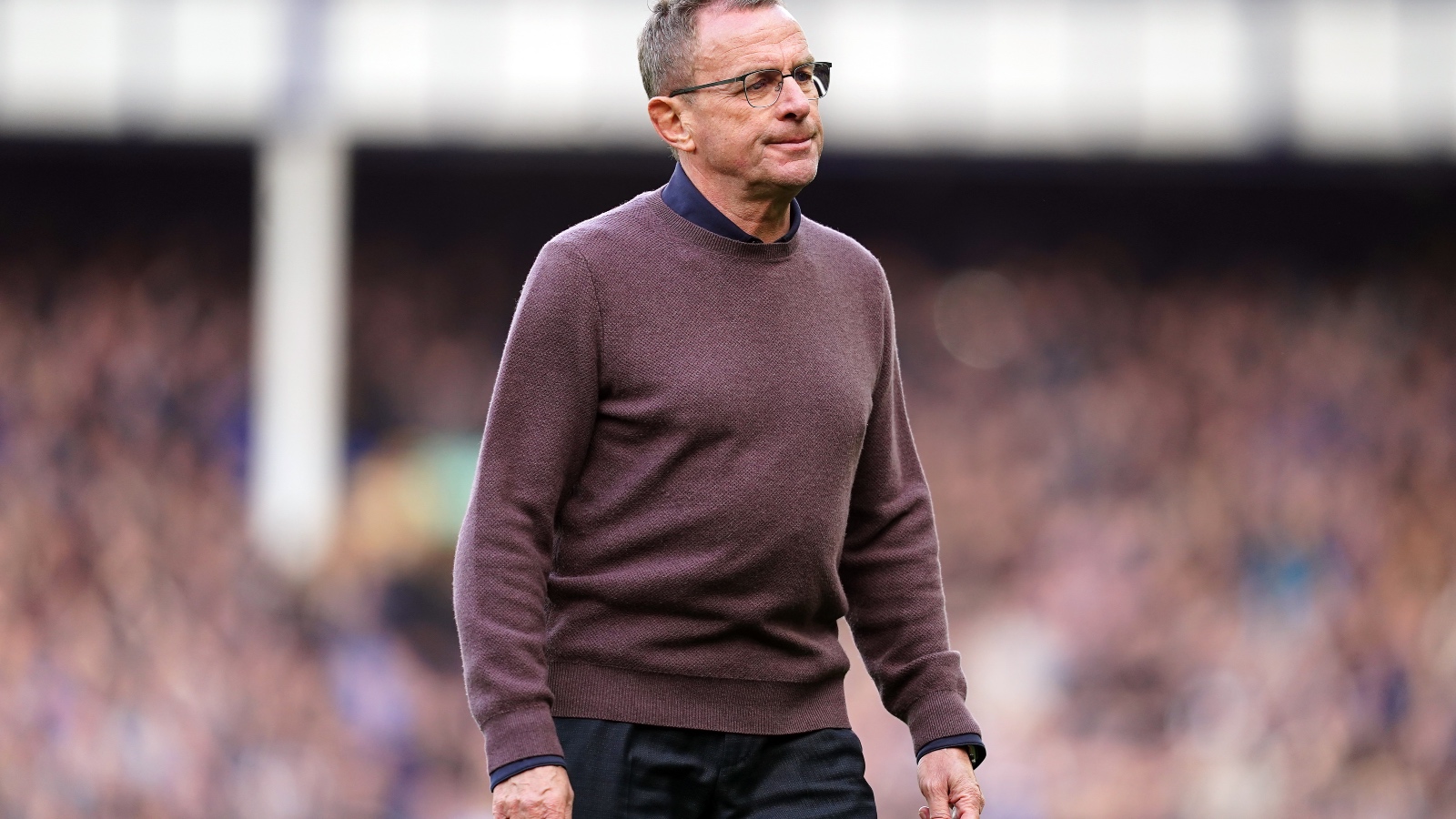 Ralf Rangnick felt Manchester United spurned a golden opportunity to take the lead inside the first 25 minutes against a “crumbling” Everton side on Saturday.

United were dominant until Anthony Gordon opened the scoring midway through the first-half, but could not take advantage of their superiority.

Gordon’s goal changed the game for Everton as the crowd got behind the home team, with Frank Lampard‘s side producing a resolute performance that secured a vital 1-0 win in their battle for Premier League survival.

As for United, they have now won just one of their last seven games in all competitions and interim boss Rangnick cut a frustrated figure as he delivered his post-match assessment of the defeat.

“I think we had a good start into the game,” he said.

“The first 25 minutes we were in full control of the game. Saying that, we didn’t, even in those 25 minutes, take enough or make enough advantage out of that dominating period in the game.

He continued: “You could literally feel that they [Everton] were crumbling. After that result against Burnley, quite logically, they were not full of confidence. But we didn’t take advantage out of that.

“With their first shot on goal, a deflected goal, it changed the game. It also changed – which was expected to happen – it changed the atmosphere in the stadium.

“And, yeah, the second half, they just defended with all their few players on the pitch, and we were not able to break that wall down in the second half.”

The result leaves United in seventh, six points off Tottenham Hotspur in fourth. Their next league fixture is a home clash with Norwich before they return to Merseyside to face high-flying Liverpool.