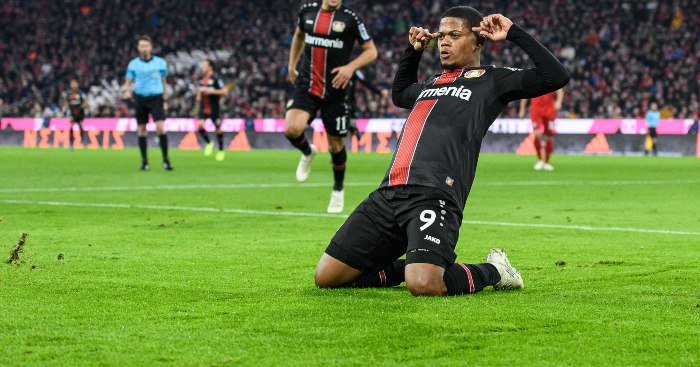 Everton are closing in on a £25 million deal for Leon Bailey after the player changed his agent, according to the Express.

Club chiefs at Goodison Park have long been admirers of the 22-year-old Jamaican international. They’ve sent numerous scouts in the past to monitor his development.

And Bailey has now fuelled transfer rumours after changing his agent to Aidy Ward.

He’s now reportedly planning a cut-price deal for Everton to sign the winger, with a fee of £25 million on the table.

The Bayer Leverkusen player was the subject of a £52 million offer from rivals Bayern Munich back in 2018, although this was swiftly rejected.

Leverkusen valued the player at £87 million and managed to keep Bailey on their books as a result.

However, an injury-hit campaign has seen him lose his first team place and spend much of his time on the bench. This has vastly reduced his transfer value and could mean Everton swoop in to get their man.

Last month, Sky Sports reported that Bailey is open to a Premier League move this summer in search of regular first-team football. A fee of between £20 million and £30 million should be enough to secure his services.

Leverkusen were holding out for £60 million, although this will now be lowered as a result of the financial impact of the coronavirus pandemic.

Everton are busy trying to strengthen their squad for the forthcoming season. They’ve been linked with Real Madrid left-back Serigo Reguilon, who was recently voted as the best player in La Liga in his position.

The Toffees had an £18 million bid rejected and are expected to come back to the table with a higher fee.

The club has also been building for the future by signing French defender Niels Nkounkou. The 19-year-old has signed from Marseille for a reported £250,000.