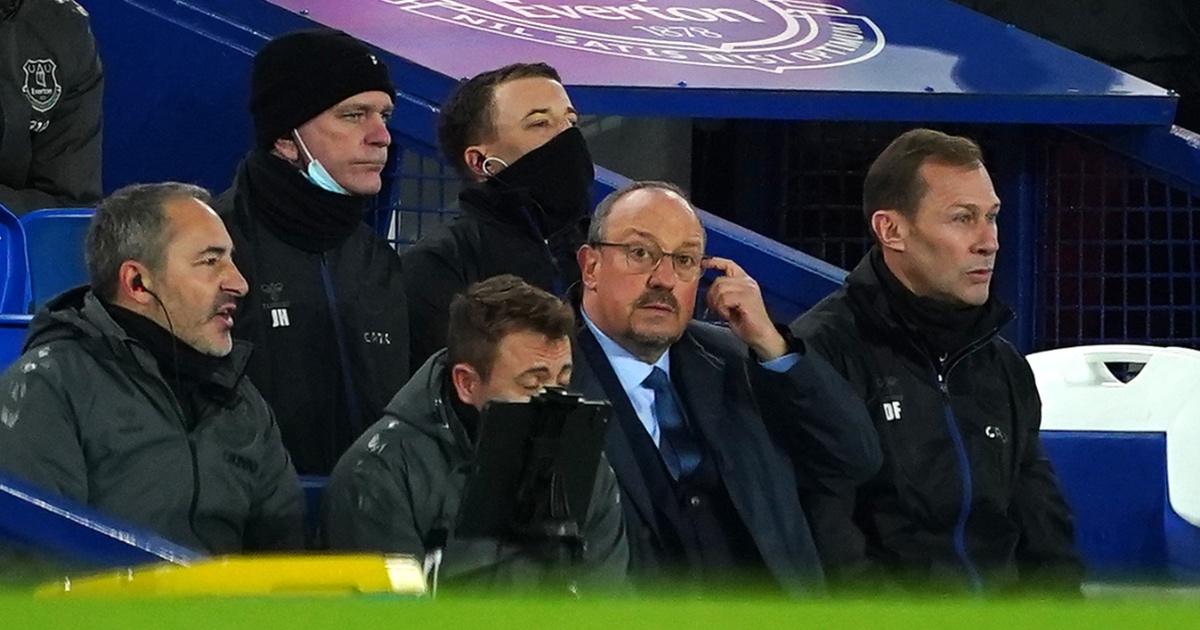 Everton will place Duncan Ferguson and Leighton Baines in temporary charge once Rafa Benitez has been dismissed, according to reports.

An emergency board meeting was called on Saturday after the dismal 2-1 defeat to Norwich City, which left the Toffees with just one win in their last 13 league fixtures.

Benitez is set to be sacked in the next 24 hours, just six months after his controversial appointment, with Everton 15th in the Premier League table.

According to Football Insider, the board will appoint Ferguson as caretaker manager for the second time, with the Scot to be partnered by club legend Baines.

The odds were stacked against Benitez at Everton, with the Spaniard having arrived to a wave of ill-feeling from the Goodison faithful following his spell at city rivals Liverpool. Benitez referred to Everton as a “small club” during his time there.

The season started well, with Everton picking up 10 points from their first four matches, but quickly deteriorated, as it became clear Benitez was not the right match. The defeat to Norwich was the final nail in the coffin.

Speaking after that game, Benitez told Sky Sports: “I am a professional and I have enough experience.

“I came here to fix problems that is not just the last five months. Maybe we are talking about years. You try to fix these problems but you need time.

“The top scorer from last season is not playing half of the season so it’s more difficult. Now they are coming back hopefully we will be stronger.”

Jamie Redknapp delivered a scathing assessment of the Everton boss: “To a certain extent, it’s not all on Rafa what’s gone on at Everton, but he has a habit of causing chaos at clubs. He’s a politician and he’s always blaming everyone else.

“He puts this person against that person and he creates an atmosphere of the crowd against the board everywhere he goes.

“I’m convinced he’s doing it again there and I don’t see him lasting. Some people won’t like that fact we’re talking about a manager’s position but I see him being out tonight.

“He was never the right fit. You can’t keep losing matches. The fans aren’t having him. Football fans don’t mind who is in charge if they’re winning, but he has to go.”