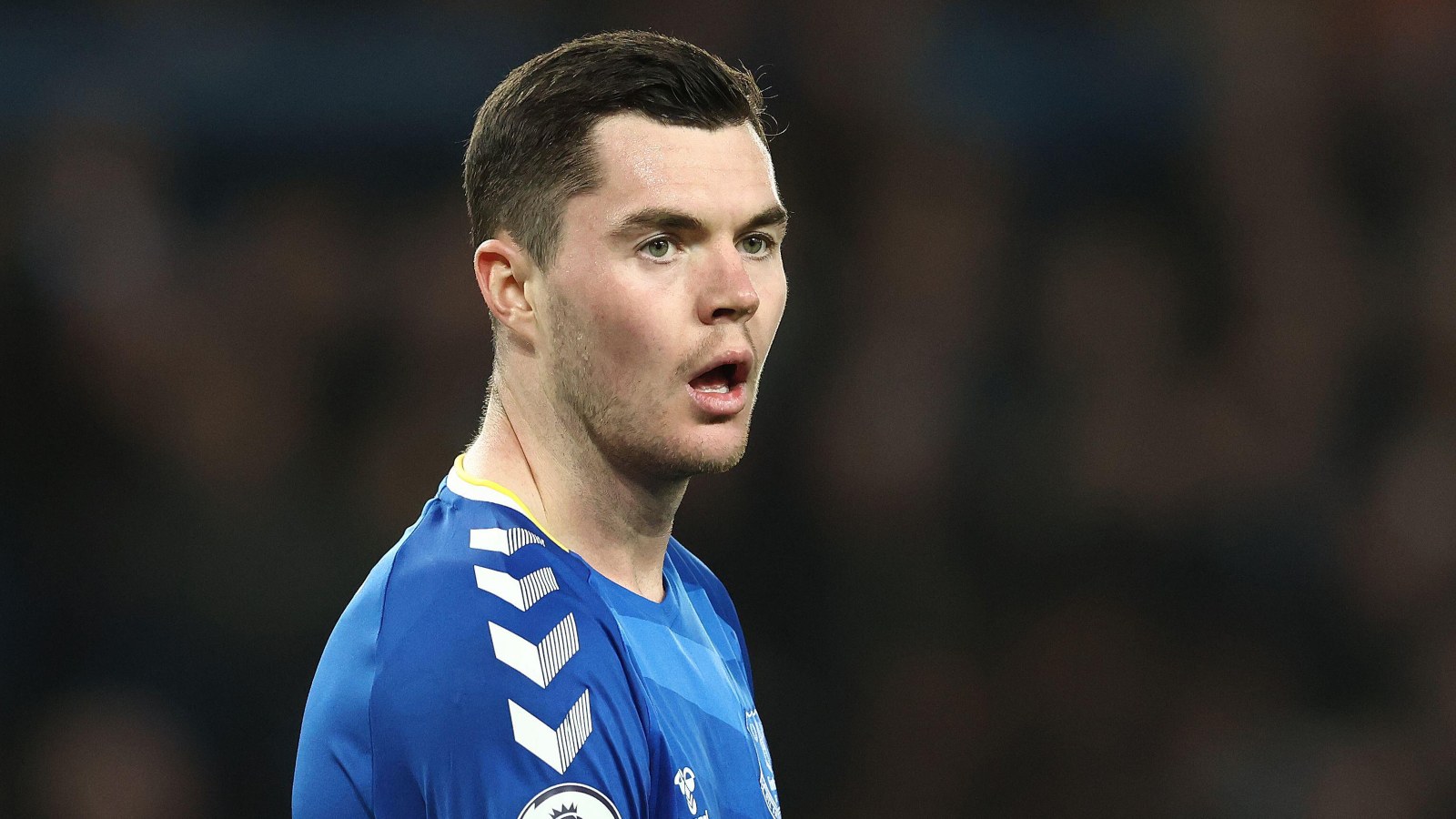 Everton defender Michael Keane has insisted the Toffees are holding all the cards in the Premier League relegation battle.

Frank Lampard’s side currently sit in the final relegation spot, two points behind Burnley and Leeds. However, they do have a game in hand on the other relegation candidates.

And it’s for that exact reason that defender Keane has claimed that Everton are in the best position to beat the drop.

As per the Liverpool Echo, Keane said: “Of the three teams, we are holding the strongest hand. Yes, we’re 18th right now and psychologically want to climb out of the bottom three as soon as possible.

“But we have the extra game to play, so it is in our hands, and we are full of confidence and belief after beating a quality side in Chelsea.

“Our away form has been a long way short of what is expected at this club. We are running out of time to address it but have two games in quick succession to improve the overall picture, with a match at Watford coming three days after Leicester.

“The recent away performances have been better, we have been tighter defensively and more threatening going forward. But the key to achieving the results we need is finding a way to replicate the intensity, togetherness and quality from our home games.

“Leicester play good football and have some excellent players, especially going forward. They kept the ball very well in the first half when we played them at Goodison a couple of weeks ago.

“But we improved after half-time and came back strongly. The idea this weekend is to get on top of them from the start. We’ve adjusted our mindsets to fit the current situation.

“You never want to have to get used to a position near the bottom, but it is important to prepare mentally and manage the pressure. We’ve tweaked our approach on the field, to focus purely on getting results.

“The manager’s favoured style is to pass from the back but we have to do everything we can to stay in the league.

“That means avoiding unnecessary risks in possession and getting our quality attacking players on the ball in the final third. If we get through and survive, next season will be very different.”