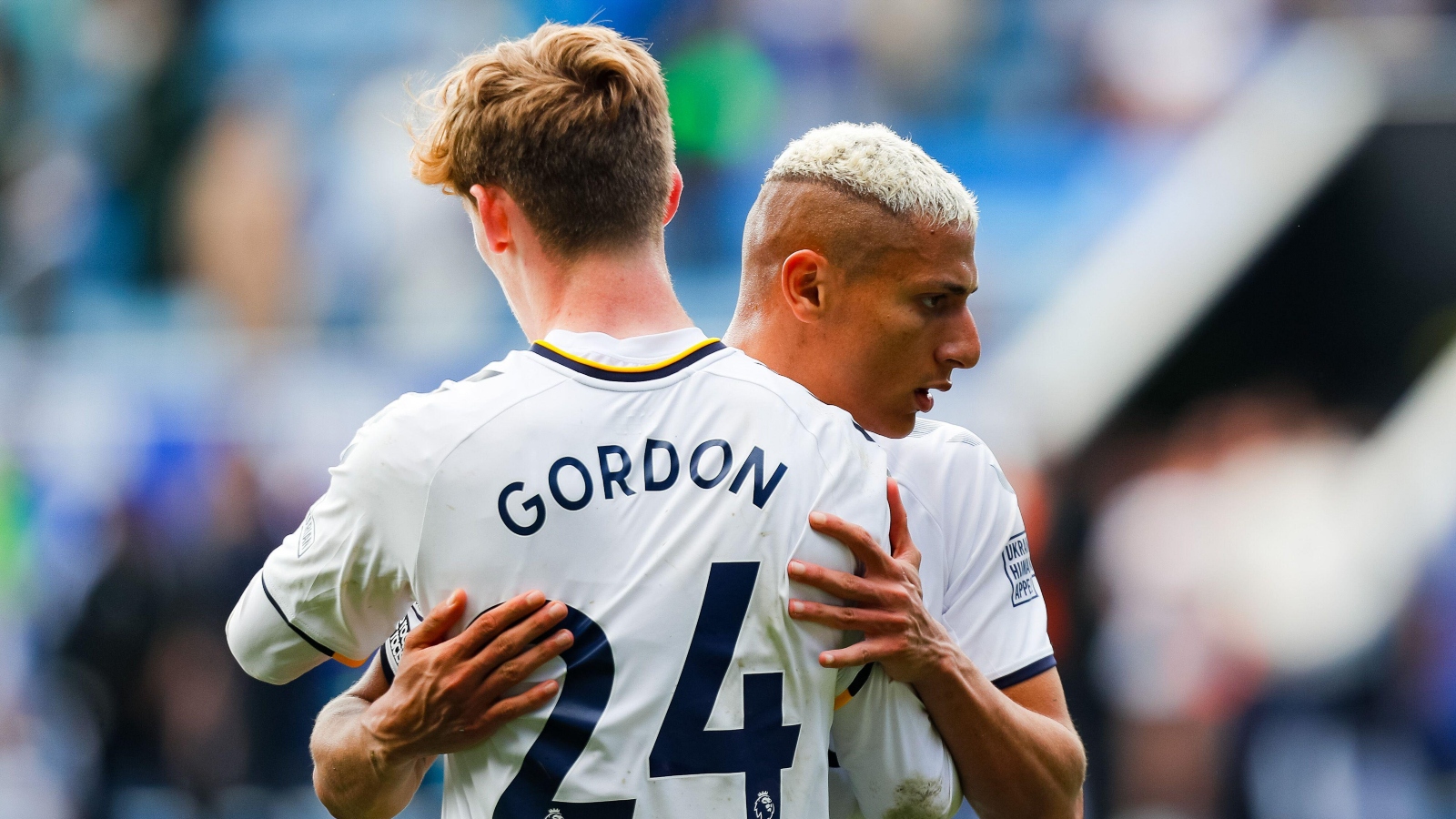 Everton are ‘not interested’ in selling Anthony Gordon and Richarlison to Tottenham in a double deal, according to reports.

The attacking duo were crucial as the Toffees narrowly avoided relegation from the Premier League last term.

Richarlison scored ten goals in 30 league matches, including six in his last nine, meanwhile, Gordon found the back of the net four times.

It was revealed on Monday that Tottenham have ‘held discussions’ with the Merseyside club over a deal for the two forwards.

This came via 90min, who claimed that Spurs are ‘leading the race’ for the Brazilian and are ‘admirers’ of the young Englishman.

Everton are known to be keen on Harry Winks with the north Londoners potentially looking to include the midfielder in a deal for either player, or potentially both.

According to the Daily Mail, the Toffees have no intention of letting Gordon and Richarlison join Spurs in a double deal.

🚨 Tottenham are willing to pay a total of €85m for Richarlison and Anthony Gordon in a package deal.

With two years left on Richarlison’s contract, Everton are believed to be open to selling with Chelsea and Spurs both interested.

While they don’t want to sanction a double deal, they are believed to be willing to negotiate a deal involving the Brazilian and Winks.

Gordon, on the other hand, is under contract until 2025 and a player the club see as important for the years ahead.

Richarlison could leave this summer for around £50m. Spurs are believed to be eyeing up a move for him as well as Leeds United winger Raphinha.

Arsenal are said to be leading the race to sign the Brazil international, however.

The Gunners are preparing for a new round of talks with the player’s agent, according to Goal Brasil.

Leeds are not expected to stand in the way of Raphinha’s exit, but will not budge from their reported £65m asking price.

As well as Spurs and Arsenal, Barcelona and Chelsea are also interested. Barca are Raphinha’s first choice, but they are unable to meet Leeds’ asking price due to their lack of funds.