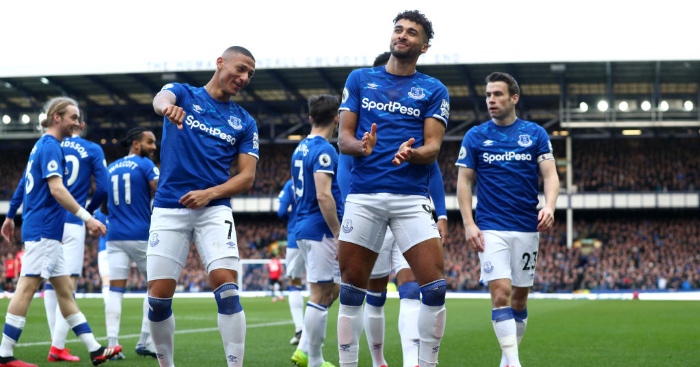 The 22-year-old striker has been a key asset for the Toffees this season, scoring 15 goals, and Ancelotti is confident he will follow in the footsteps of highly-rated defender Mason Holgate, who signed a new five-year deal this week.

Ancelotti said: “Holgate is going to be the future of this club. It’s important for him and for us to renew the contract, to have stability here with this player.

“We are close to Dominic Calvert-Lewin also and I hope he’s going to sign soon. The idea for the future is really clear for us.”

Ancelotti returns to his former club Chelsea on Sunday and he is relieved to be able to stand on the touchline after being sent off during last weekend’s draw with Manchester United.

The Italian was dismissed for his protests after Everton had what would have been a late winner ruled out by VAR and was fined £8,000.

Ancelotti said: “I don’t want to look back at that situation. I have to pay a fine, the fine is not cheap, but it doesn’t matter. For me it’s important to stay at Stamford Bridge, I’m happy to be there and I move forward.”