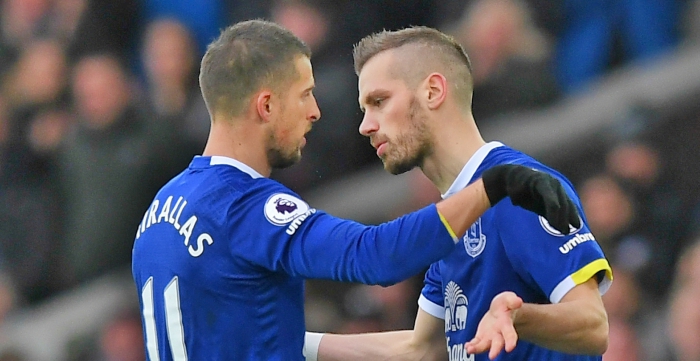 Everton pair Kevin Mirallas and Morgan Schneiderlin were both sent home from Everton training on Saturday due to a perceived ‘lack of effort’.

According to Sky Sports, caretaker manager David Unsworth told the pair to leave the club’s Finch Farm training session at the weekend.

Both players were subsequently omitted from the matchday squad for the 3-2 victory over Watford on Sunday.

Mirallas has started just one Premier League game so far this season, which was ended at half-time when he was substituted in the defeat to Leicester last month.

Schneiderlin has fared better, starting seven of a possible 11 league games, but much like Everton, he’s been a bit sh*t.

‘Both players were showing a perceived lack of commitment and were told by the coach that if they were not going to bother they should both go back inside.

‘Both men took up the coach on his offer, leading to their dismissal from the training ground.’