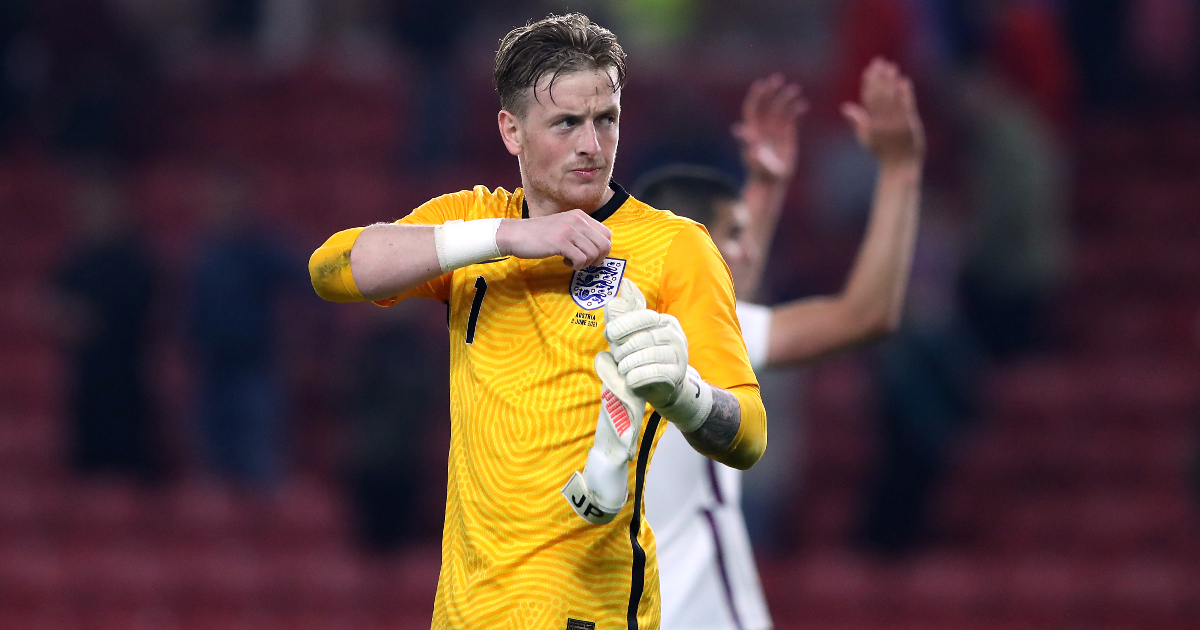 Everton and England goalkeeper Jordan Pickford has revealed that he has been working with a psychologist this season in order to help improve his game.

Pickford has had many critics since his move to Goodison Park in 2017 and his place in England’s starting 11 has been put under scrutiny after a number of errors at club level.

However, Gareth Southgate has always trusted the former Sunderland man, with his place in the England squad never being in doubt.

There has been plenty of debate on the England goalkeeper situation, with Darren Bent claiming that Pickford should be Southgate’s third-choice goalie.

Having said that, the 27-year-old had a stellar second half to the season for Everton, despite their capitulation in the chase for European football.

Speaking to The Telegraph, Pickford has outlined some of the steps he has taken to improve his game.

“I just feel in a very good place. I began working with a psychologist at the start of the season.

“You know in football, those little one or two per cent gains — just to raise your ability on the pitch and what you can achieve — are crucial. Whether it’s nutrition, psychology, extra gym sessions. I think it helps. So why not use it?

“It’s crucial and I feel that I have kicked on this year. I feel calmer, I feel in the moment and I feel great.”

Despite his critics, former England goalkeeper Chris Kirkland is a fan of Pickford, claiming that he should start at the Euros.

Kirkland told talkSPORT: “I’m a goalkeeper and I may be biased, but I can’t remember when Jordan Pickford has let England down – and I’m not sure if you can.

“He’s performed well for England, obviously there’s pressure on him but he’s managed to keep it going and perform well.

“There would have been more pressure if Nick Pope had been fit.”

He added: “Obviously Pope played the last few games when Jordan was injured, but Jordan has experience.

“He’s never let England down for me. Yes, his Everton form is poor at times but I think he finished the season strong with Everton.

“He’s had a bit of a blip and the injury was hampering him during the season.

“He’s never let England down and did well at the last World Cup so I expect him to start for England come the first game.”