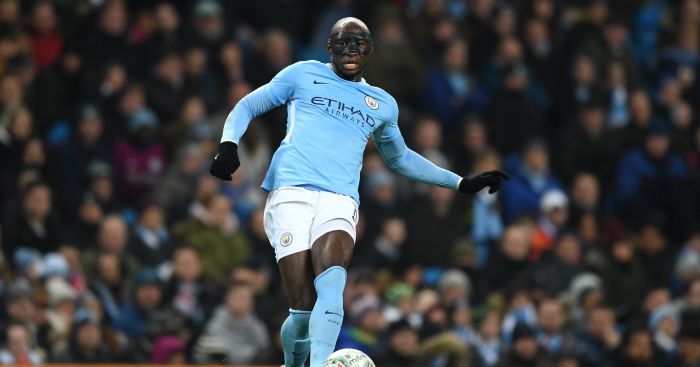 Everton are confident of completing a transfer deadline day move for Manchester City defender Eliaquim Mangala, according to reports.

Mangala spent last season on loan at La Liga side Valencia after falling out of favour under new boss Pep Guardiola and, despite making some appearances this term, the arrival of Aymeric Laporte has knocked him back down the pecking order.

Laporte joined City on Tuesday after the club chose to activate his £57million release clause in his contract at Athletic Bilbao.

Sky Sports claims that Everton will beat Newcastle United to Mangala and the Toffees will sign the centre-back on a loan deal until the end of the season.

Mangala, who joined Man City from Porto for £32million in 2014, will become Sam Allardyce’s third signing of the window with the club already landing Cenk Tosun (£27million) from Besiktas and Theo Walcott (£20million) from Arsenal.

The France international has been used a fair bit this campaign, making 15 appearances in all competitions following injuries to John Stones and Vincent Kompany.

City host West Brom at the Etihad Stadium on Wednesday, while Everton are also in action as they entertain Leicester in the Premier League.