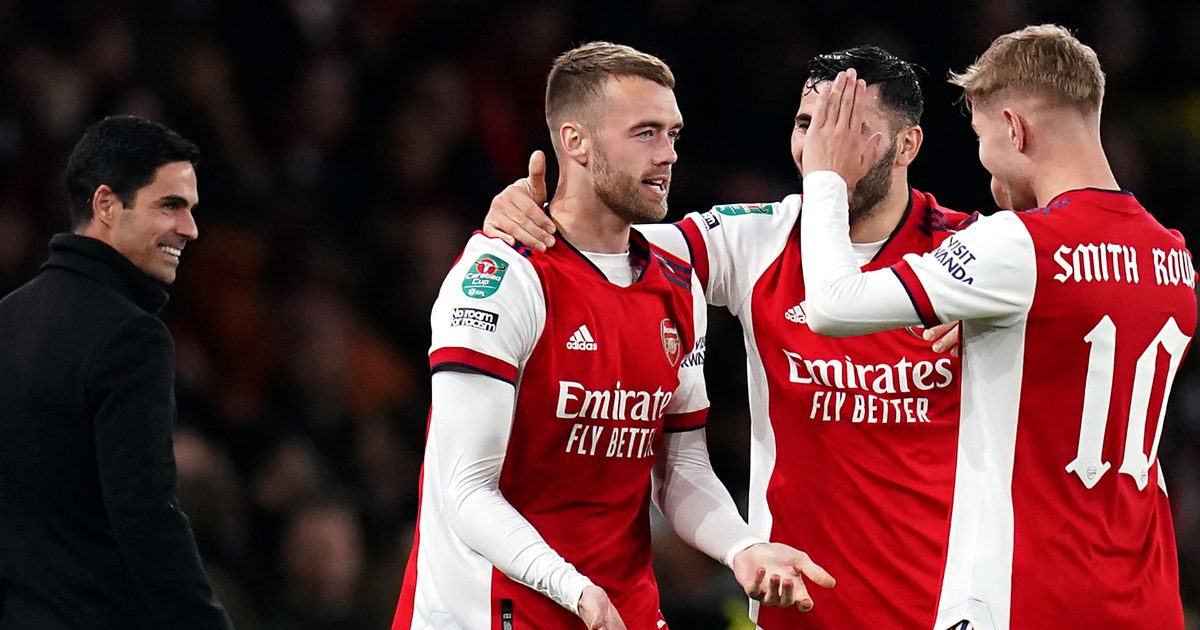 Everton are lining up a £5m move for Arsenal defender Calum Chambers in January, as they are in the market for a new right-back, according to reports.

Chambers made the move to the Gunners in 2014 from their Premier League rivals Southampton.

The defender has been in and out of the team since his move to the Londoners. He has played 74 times in the Premier League since the start of the 2014/15 campaign.

Arsenal ‘barometer’ is to perform better than champions

Everton were linked with Arsenal star Ainsley Maitland-Niles during the summer.

This move did not come to fruition and Benitez is hoping to sign a new right-back in January. This is according to the Sun, who claim that if they cannot sign Maitland-Niles, they will target Chambers.

They add that Chambers would cost around £5m, as his contract is due to expire in 2022.

Elsewhere, Vincent Kompany has suggested that Arsenal have “the new Yaya Toure”:

“As I was still at City I was coming to a point where I was thinking about my future; management, carry on, sign a new deal there,” Kompany said.

“I was watching football from different countries and I saw Sambi play his first two games for Anderlecht, then he got a big knee injury.

“But the first thing I did when I saw Sambi was I went to Mikel, and also Pep, but Mikel first and I said, ‘You’ve got to watch this guy, he’s the new Yaya Toure’.

“And anyway, nothing comes from it, he’s got a cruciate ligament [injury] and then I end up falling into the management job at Anderlecht so I’m working with him now. I had the same conversation about him with Mikel, I still believe the same thing now [that he could be the new Toure].

“I’m not even sure I’m going to do him a favour now if I say this kind of stuff.