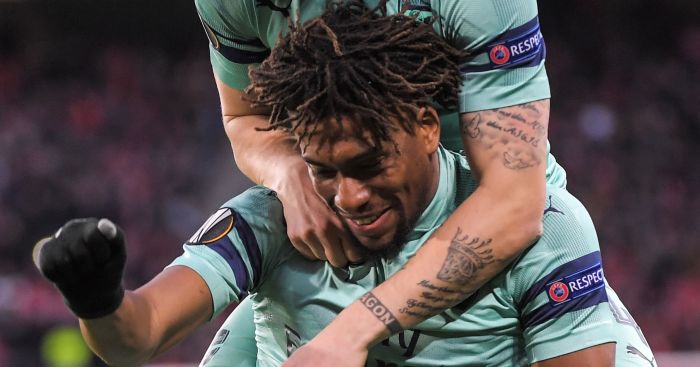 Everton have submitted a deal sheet to give them a further two hours to complete a sensational move for Arsenal winger Alex Iwobi.

Iwobi was mooted as a potential option for the Toffees, who have targeted a versatile winger all summer.

Their pursuit of Wilfried Zaha ended on Thursday, leading to a renewed push from Marco Silva’s side.

And Iwobi seems bound for Goodison Park after the club lodged a deal sheet with the Premier League to give them another two hours to finalise the move beyond the 5pm deadline.

BBC Sport’s David Ornstein says Everton ‘have agreed a deal’ worth between £35m and £40m, but must now sort the intricacies before it can be confirmed.

The Toffees have also withdrawn their interest in Manchester United centre-half Marcos Rojo, while Arsenal are still attempting to close a deal for David Luiz.